Is Karen Khachanov the real deal? Greg Rusedski thinks so 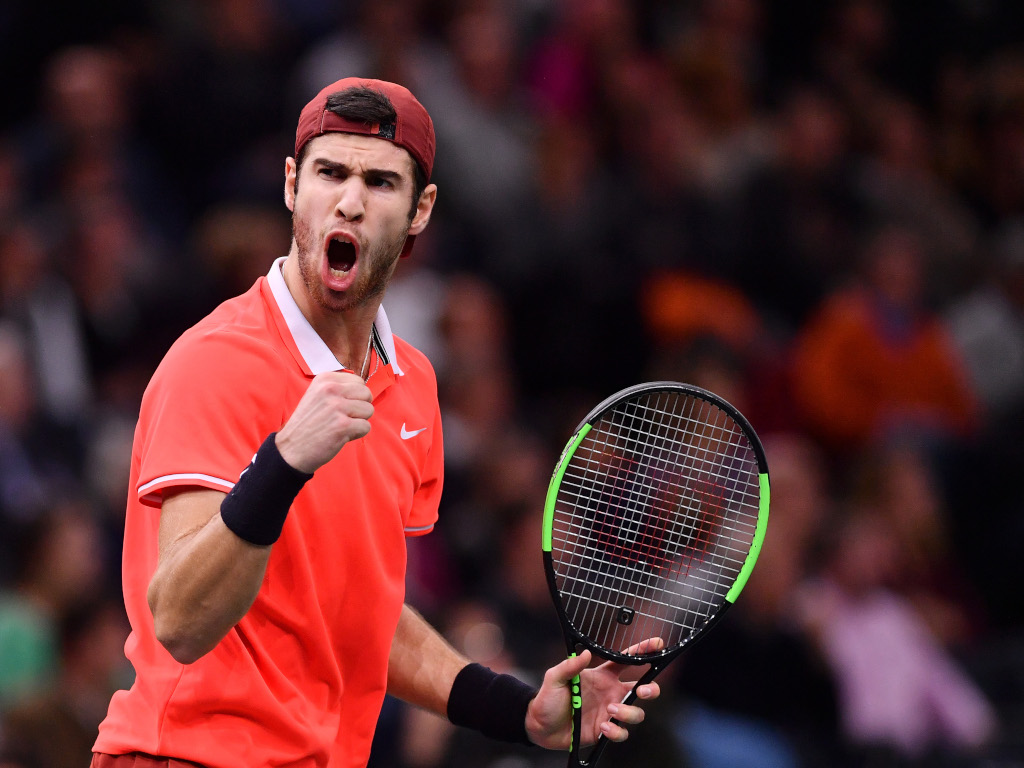 Greg Rusedski has hailed Karen Khachanov as “a new superstar” of tennis after he stunned Novak Djokovic in the Paris Masters final.

The 22-year-old Khachanov has announced himself on the big stage in Bercy on Sunday as he captured his maiden ATP Masters 1000 title with a straight sets win over Djokovic.

The Paris trophy was his third title of the year and fourth overall while he also reached a career-high 11th in the world on the back of the result.

As tennis continues to look for players to take over the baton from the likes of Djokovic, Roger Federer and Nadal, Rusedski believes Khachanov has “announced himself to the world”.

“It is amazing what the Russian has done. He has played superb tennis and to beat Djokovic, the only youngster to do so,” he told Sky Sports.

“There is a certain guy by the name of Sascha Zverev, who we have been talking about as a future No 1 who did the same to Roger Federer a few years ago in Montreal.

“To have another up-and-coming guy beat Djokovic in the final of a Masters series is special. This is a big moment and he has announced himself to the world.

“He is going to be top 10 very soon next year and he is the real deal. This is what the game of men’s tennis needs. We have had the big three dominating for so many years but we need these youngsters to break through at the big moments, and that is what he did today.

“He served spectacularly. He did exactly what he needed to do.”

Rusedski added: “He looks like he is only going to get better. This is what we need – a new superstar, who can threaten the very best.”