‘It cost me the f***** set,’ rages Nick Kyrgios at chair umpire during defeat at Canadian Open 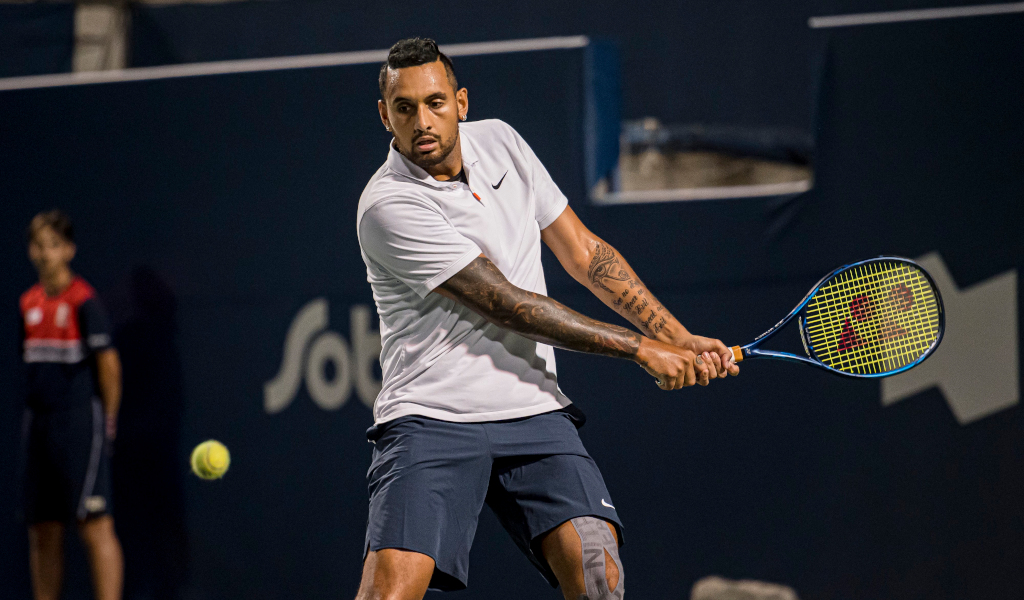 Nick Kyrgios made another early exit from a tournament on the North American hard-court swing as the Australian suffered a three-set defeat at the hands of Reilly Opelka at the Canadian Open.

Fresh from losing in the second round in Atlanta and the first round in Washington, Kyrgios started well enough in Toronto as he won the opening set, but eventually lost his way as he went down 4-6, 7-6 (7-4), 6-4.

Reilly rides on 🏇 @ReillyOpelka battles past Nick Kyrgios 4-6 7-6 6-4 to set a second-round clash with Grigor Dimitrov at #NBO21 pic.twitter.com/VRj1GGIhLF

After winning the opening set on the back of a break in game seven, it went according to serve in the second set before Kyrgios lost his cool when the scores were 4-4 as the Australian thought Opelka’s foot touched the net when he hit a shot.

The chair umpire thought it was a clean winner, much to Kyrgios’ frustration.

Close call at a crucial time 😬

“What are you watching? I saw his foot touch the net and you’re not going to call it,” the Australian shouted.

“What else could you be watching, bro? I can see his foot touch the net from where I am, and you don’t call anything. It’s a joke, bro. It cost me the f***ing set. Bulls***.”

Nick Kyrgios gives brutal assessment about his game and mentality after defeat, saying ‘my head’s in the shed’

Opelka, who will face 14th seed Grigor Dimitrov in the second round, went on to win tie-breaker while an early break in the decider set up the win.

Fabio Fognini also advanced as the Italian beat Jan-Lennard Struff from Germany 6-7 (2-7), 6-2, 6-4 while Lloyd Harris from South Africa earned a second-round clash with Rafael Nadal on the back of a 6-3, 6-3 win over Canadian Brayden Schnur.