‘It doesn’t matter who you are, we’re all equal’ when it comes to coronavirus, says Grigor Dimitrov 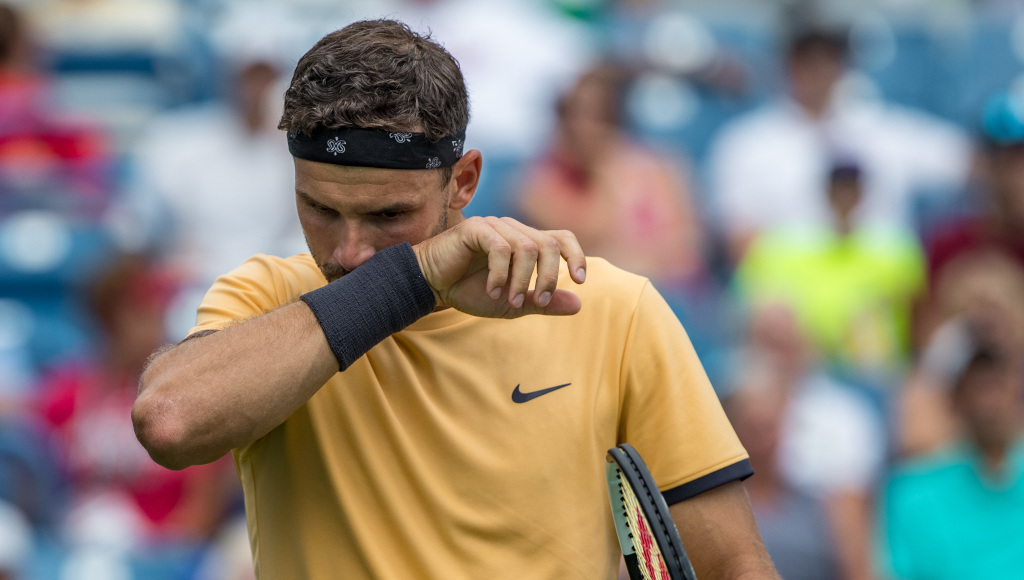 Grigor Dimitrov has again opened up about his struggle with the coronavirus following his first-round win in New York, saying his battle shows that “we’re all equal” when it comes to Covid-19.

The world No 19 returned a positive result in June after taking part in the controversial Adria Tour in the Balkans.

Although most health regulations state that people should self-isolate for 14 days, Dimitrov was laid low for several weeks and revealed that the virus “was hard on me”.

He eventually returned to action at the Ultimate Tennis Showdown in July, but conceded he was still struggling and might have to skip the North American hard-court swing, including the US Open.

‘I’m not entirely sure my body is going to hold up,’ says Grigor Dimitrov about US Open participation

However, the Bulgarian made his ATP Tour return at the Western & Southern Open at Flushing Meadows on Sunday against Ugo Humbert, beating the Frenchman 6-3, 6-4.

Afterwards he explained his road to recovery.

“The first week was just tragic, coming out of it,” he is quoted as saying by Ubitennis.com. “I started by just walking. I couldn’t really do any exercise, I could not lift weights, I couldn’t play tennis. So all I had to do was walk. I started actually crawling in the house, then walking outside, then slowly started to run a little bit each day.”

“Honestly, I’m just purely thankful that I’m even able to just be here, to participate. Forget about the match – I’m not even talking about tennis right now.”

Dimitrov also had a warning for those who refuse to take the coronavirus seriously.

“I just kind of wanted to show a message that it doesn’t matter, in a sense, ‘who you are’, how fit you are and how healthy you eat and so on,” he said.

“This thing doesn’t ask anybody (those things). We’re all equal.”