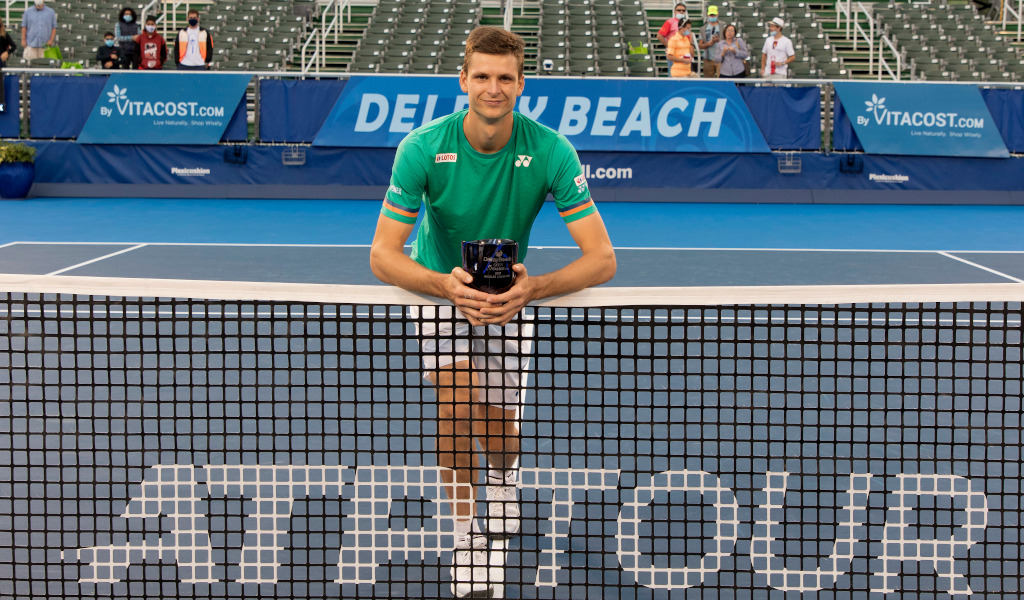 Hubert Hurkacz started his 2021 campaign on a high after getting the better of Sebastian Korda in the final of the Delray Beach Open.

The fourth-seeded Hurkacz required just over an hour to see off Korda, winning 6-3, 6-3 to secure his second ATP Tour title.

Rising star Korda made all the headlines in the lead-up to the final as he had beaten fifth seed Tommy Paul in the last 16, fourth seed John Isner in the quarter-final and British No 2 Cameron Norrie in the semi-final.

After initially breaking in the opening game, Korda lost his way as Hurkacz won the final five games of the set, which included two breaks of serve. Breaks in games five and nine of the second set helped the Pole to ease to victory.

“I was trying to focus on [the] things that I should do and to stay aggressive, because Sebastian is never going to hand me the match,” Hurkacz, whose only other title came at the 2019 Winston-Salem Open, said. “Sometimes it’s even tougher when your opponent is not feeling 100 per cent well. He’s trying to focus on what he can do, and he can serve big and hit big shots from the baseline. So it was crucial for me to stay aggressive and get an advantage there.”

He added: “It feels great. It’s the beginning of the season and I still need to work on a couple of things, but I hope I can play even better in Australia.”