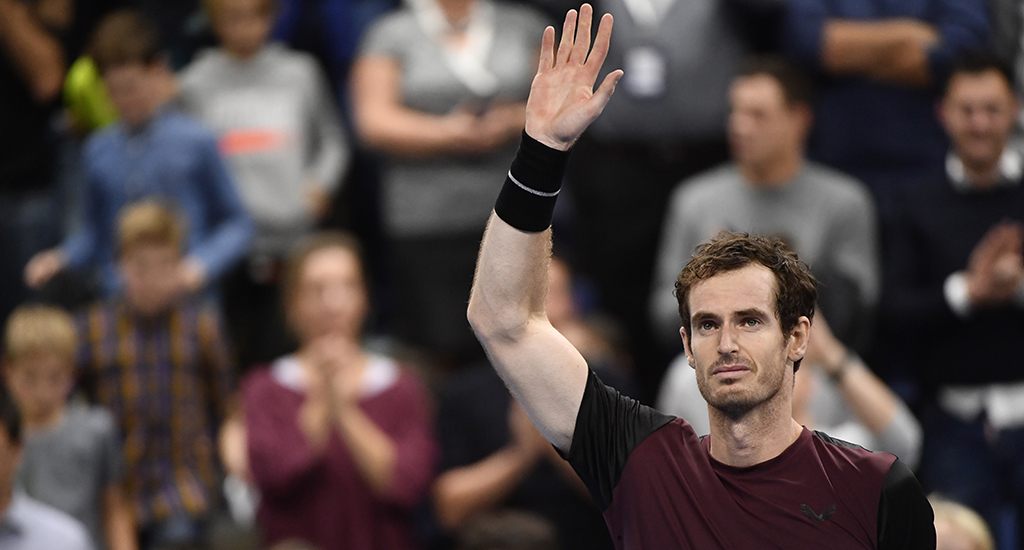 Andy Murray has admitted that his win at the European Open has come as ‘a surprise’ to him as he digests the sheer scale of his achievement in Antwerp.

The former world number one came from behind to beat Stan Wawrinka in a brilliant final on Sunday just nine months after all but retiring at the Australian Open due to injury.

He has underwent major surgery since then, though, and seemed genuinely overcome with emotion to find himself back in the winner’s circle so quickly.

“When I spoke to my team before the trip to Asia, I was like, ‘What are the goals here?’

“And I was like, ‘I just want to be competitive. I want to feel that when I am on the court I am not getting smashed by guys’.

“I wasn’t thinking, ‘I am going to win tournaments’ or ‘I am going to beat guys like Stan and (Matteo) Berrettini’. So this has come as a surprise to me and my team.”

Murray came into the final ranked 243 in the world, and is the lowest ranked player to win an ATP Tour title since world number 355 Pablo Andujar won the Marrakech Open last season.

“It means a lot,” added Murray. “The last few years have been extremely difficult.

“Both me and Stan have had a lot of injury problems in the last couple of years.

What a player. What a champion.

“It’s amazing to be back, playing against him in the final like that. I think it was a great match.

“I didn’t expect to be in this position at all. I’m happy, very happy.

“I’ve really enjoyed my week here. The atmosphere the last few days has been amazing.

“I’m very proud of the win this week.”