‘It was a great match – I am thrilled,’ says Jannik Sinner after youngster downs Stefanos Tsitsipas 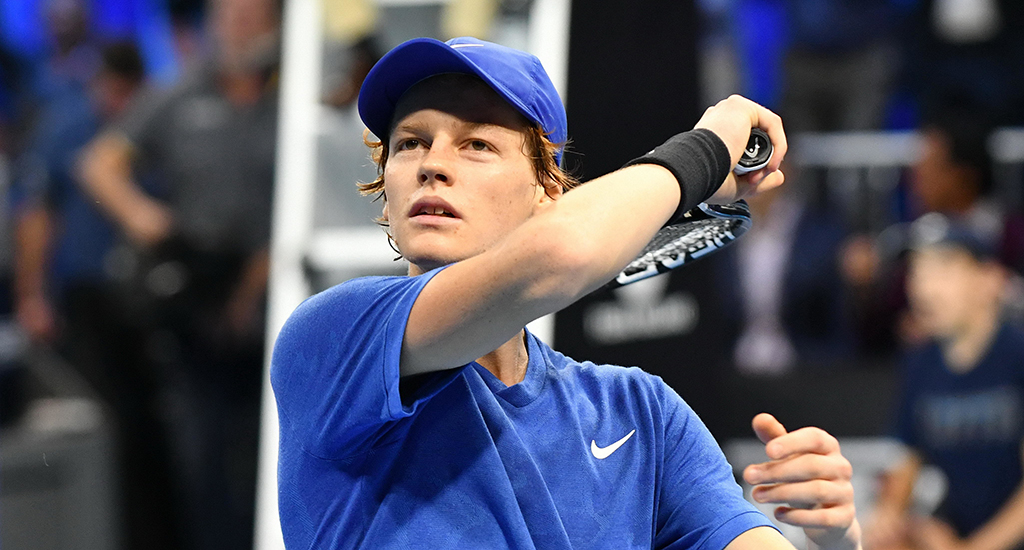 Jannik Sinner has warned the starts of the ATP Tour that he is improving all the time after he beat Stefanos Tsitsipas in Rome.

The Italian youngster is the current NextGen champion but is yet to make his first major inroads into the top level of the game.

That all may be about to change, though, as Sinner grabbed his first win against top ten opposition at the Italian Open.

“Tsitsipas is obviously a very experienced player,” Sinner said after the match.

“I played against him last year in Rome. I just wanted to play my game and move better. In the beginning, I was feeling great and I knew it was his first match on clay.

“When I served for the match at 5-3 in the second set, I hit one double fault and the tie-break and could have gone either way. I tried to start strongly in the third set.

“While you are young, you can achieve many things within a year. I think I have improved everything, especially the serve.

“I served a little bit better today, changing rotation and everything. Playing against Tsitsipas is never easy.

“Last year was my first test against a top 10 player, while I knew I had the level to compete better against him today.

“It was a great match, and I am thrilled. I have improved a lot since my last match against Tsitsipas.”

Jannik Sinner is the current world number 81 but is widely tipped to challenged the top 20 within the next couple of years.