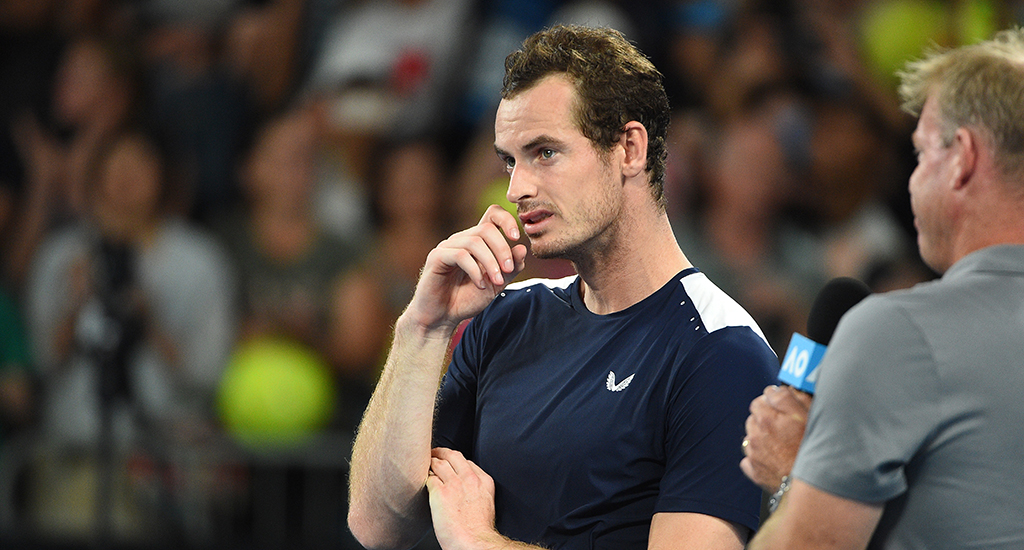 Andy Murray has revealed what he was thinking when he watched the farewell tribute video following his first-round defeat at the Australian Open earlier this year.

The video, which was a compilation of messages from colleagues on the ATP Tour including Roger Federer and Rafael Nadal, was played on the big screen in the arena after Murray’s defeat to Roberto Bautista-Agut just hours after he had announced he would most-likely have to retire after Wimbledon this year.

In the end, hip-resurfacing surgery has given him fresh hope of a comeback, and he is making good progress on the Asian swing of the Tour right now.

He, though, has been recalling that video, and why it was ‘important’ for him to see it so it could remind him of just how close he was to losing what he loved.

“The good thing about when I watched [the video] was I really saw this is a major surgery,” he told reporters at the Shanghai Masters.

“Things can go wrong, this is not always very successful.

“It was important for me to watch that because when you’re younger you think you’re gonna be fine.”

Murray appears to be making in-roads again, with him leaping 200 places in the latest ATP rankings, and he cannot speak highly enough of the surgery that not only appears to have saved his career but has hugely enriched his quality of life.

RELATED: Andy Murray comeback has already gone so much better than many expected

“There’s been no setbacks. The operation – I’m sure many more athletes and people will have this operation in the future and be like, ‘Why weren’t we doing this like 10 years ago?’

“I wish I’d have had the operation sooner now that I know how it feels.”