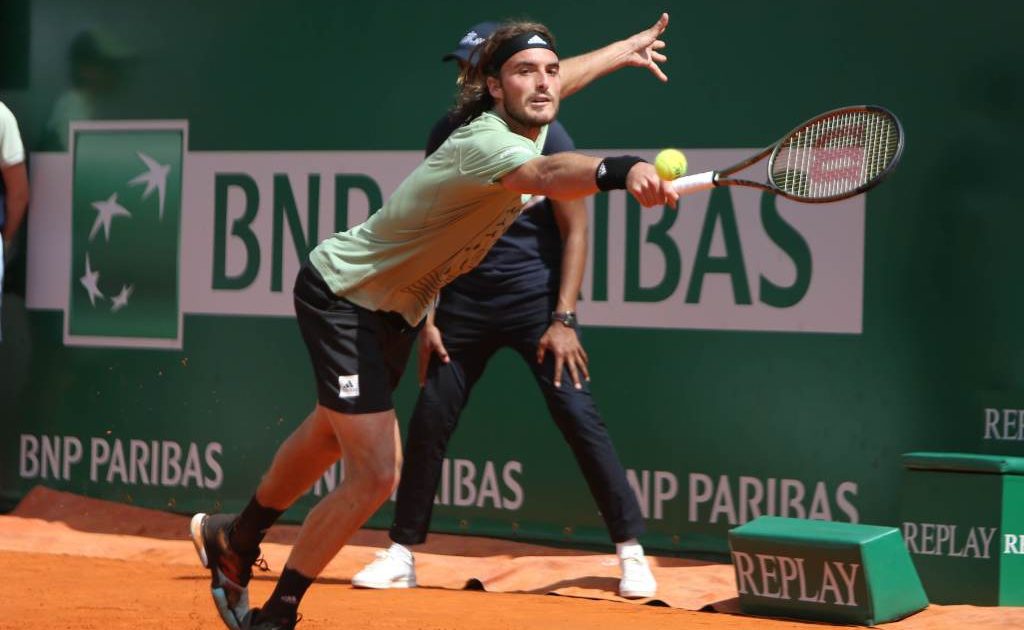 Stefanos Tsitsipas is set for his third ATP Masters 1000 semi-final against Alexander Zverev on clay after he saw off home hope Jannik Sinner at the Italian Open on Friday.

Sinner received the vociferous backing of the Foro Italico but came up short 7-6(5), 6-2 as Tsitsipas claimed his fourth win in five meetings between the two.

Into the last 4 at every clay Masters in 2022!@steftsitsipas gets past home hope Sinner 7-6(5) 6-2 to set up a third consecutive Masters 1000 semi-final clash with Zverev 🤝#IBI22 pic.twitter.com/SfGJ9R3ofN

“I am happy things turned out well. It was a great day at the office,” Tsitsipas said in his on-court interview.

“I was able to really step it up in the second set and I think the most important part was that first set tie-break. I really went for it when I had to. I didn’t overthink or hesitate and that paid off in the end.”

Tsitsipas beat Zverev on his way to defending his Monte Carlo Masters crown earlier this season but after losing to the German in Madrid won’t be taking anything for granted.

“We have similar game styles but he is one of the most difficult players to play against on the Tour,” Tsitsipas said when looking ahead to his match against Zverev. “I have a lot of respect for him. He has achieved a lot so far and I try and look up to him with the things he has achieved.”

Zverev has endured a rollercoaster season but after reaching his first final of 2022 last week will want to kick on.

For his part the World No 3 is happy to win ugly.

First in the last four ⚡️

“It was a high-level match. At times it wasn’t pretty tennis, but I got the job done and that is the most important thing,” Zverev said in his on-court interview. “I am through to the semi-finals and I am happy about that.”

Tsitsipas leads the head to head series against Zverev with seven wins against the German’s four in ATP Tour level meetings.

There is little to choose between the two when it comes to the tale of the tape with Zverev holding a slight edge in reach.