‘It’s great to be back,’ says Novak Djokovic after 19th win in a row, but concerns over his stiff neck 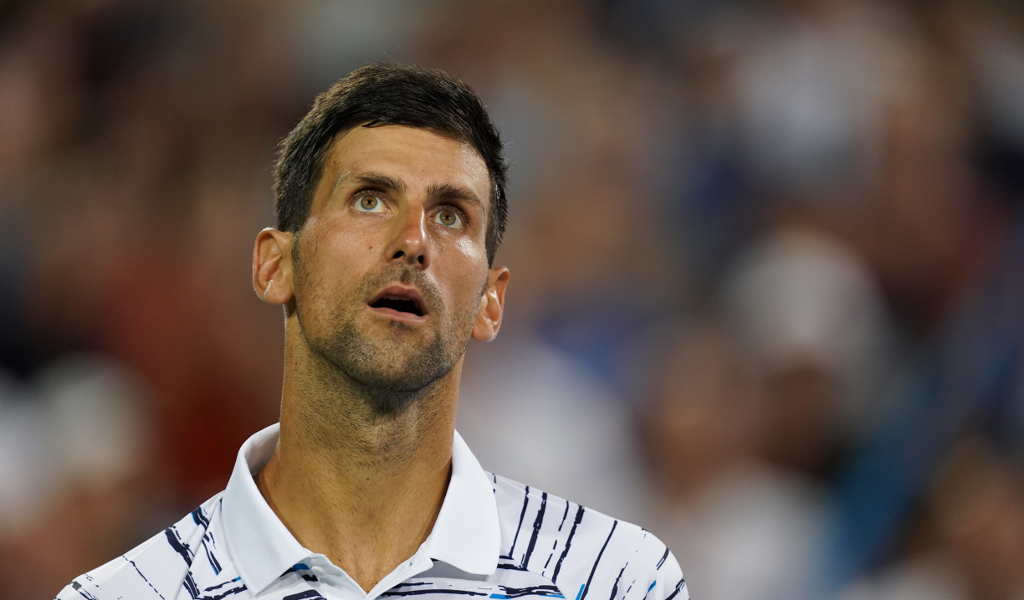 Novak Djokovic secured a 19th consecutive win in 2020 as he returned after the five-month tennis hiatus with victory over Ricardas Berankis, but he also required treatment for a stiff neck.

It wasn’t a vintage Djokovic display as he wasn’t 100%, but there were still plenty of positives in the 7-6 (7-2), 6-4 win as he maintained his unbeaten start to the season.

Top seed @DjokerNole gets it done at @CincyTennis! 💪

Berankis eked out an advantage as he broke in game seven of the opening set, but the world No 1 hit back straightaway and then won the tie-breaker.

And the world No 72 from Lithuania twice had his nose in front in the second set as he opened a 2-0 lead and also broke in game six to go 4-2 up, but on both occasions Djokovic broke back immediately.

After the Serb consolidated at 4-4, he broke again before serving out the match.

“It’s great to be back and see the tennis family,” Djokovic said after the match.

Djokovic was forced to withdraw from his doubles match earlier in the day due to a neck problem and he twice required treatment during his match.

“It’s getting better. It’s been four days. It’s not yet where I’d like it to be but it’s heading in the right direction,” he said.

“Hopefully it will not react with the inflammation after tonight’s match. We’ll do everything possible with the physio and then we’ll see what tomorrow brings.”

He added: “Well, it has bothered me… I made so many double faults, and he knew exactly where I’m going to serve. There were not many options for me because just the awkward situation I was in.

“But I managed somehow with the great help of Clay, ATP physiotherapist, who did his best to make sure I feel better. I tried to take one game at a time. He was striking the ball really well. He was playing super fast.”