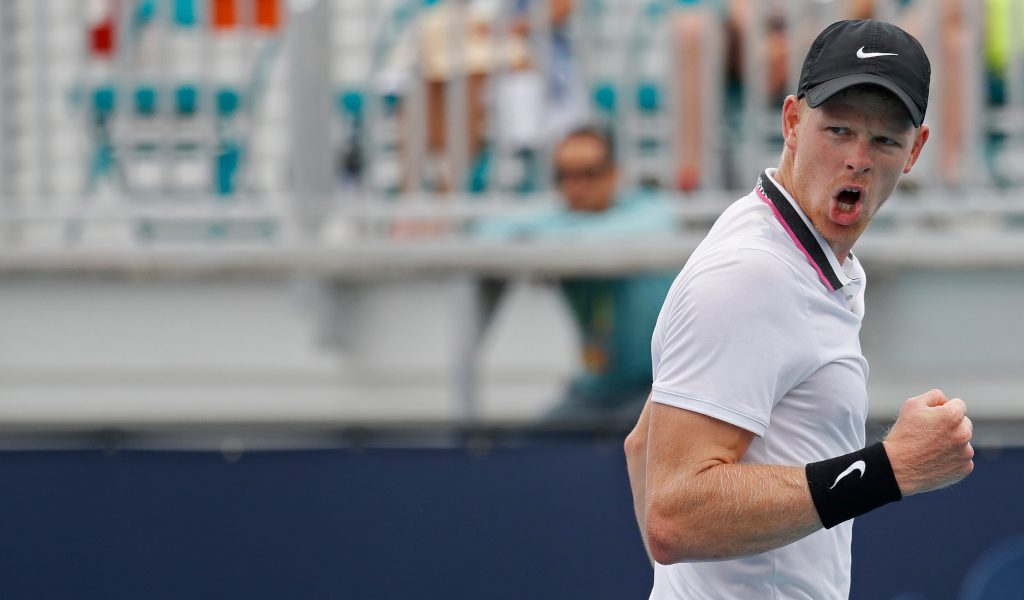 It was a case of ninth time lucky for Kyle Edmund as he ended his losing streak with a confident win over Ricardas Berankis at the Paris Masters.

It has been a difficult year for the 24-year-old and his slump has been pretty bad in recent months as he headed to France on the back of eight consecutive losses with his last win coming in early August.

However, he put all that to one side in the first round in Paris on Tuesday as he brushed aside Berankis 6-4, 6-3 to set up a second-round clash with Diego Schwartzman.

The Briton is off the mark in Paris! 🇬🇧@kyle8edmund gets past Berankis 6-4 6-3 to set a R2 match with Schwartzman.#RolexParisMasters pic.twitter.com/WRe2SSatgS

“For a lot of weeks my focus has just been winning my next match. I’ve been through a few disappointing weeks so it’s nice,” Edmund, who has dropped to No 75 in the world rankings, said.

“I’m through now, and this was the last tournament of the season, so if you don’t win it’s another two months and a lot of time waiting and thinking for the next match.

“You find out a little bit about yourself and how you react to things. You’re the one that has to get out of the rut, and I was very aware of that.

“I’ve tried very hard not to feel sorry for myself.”