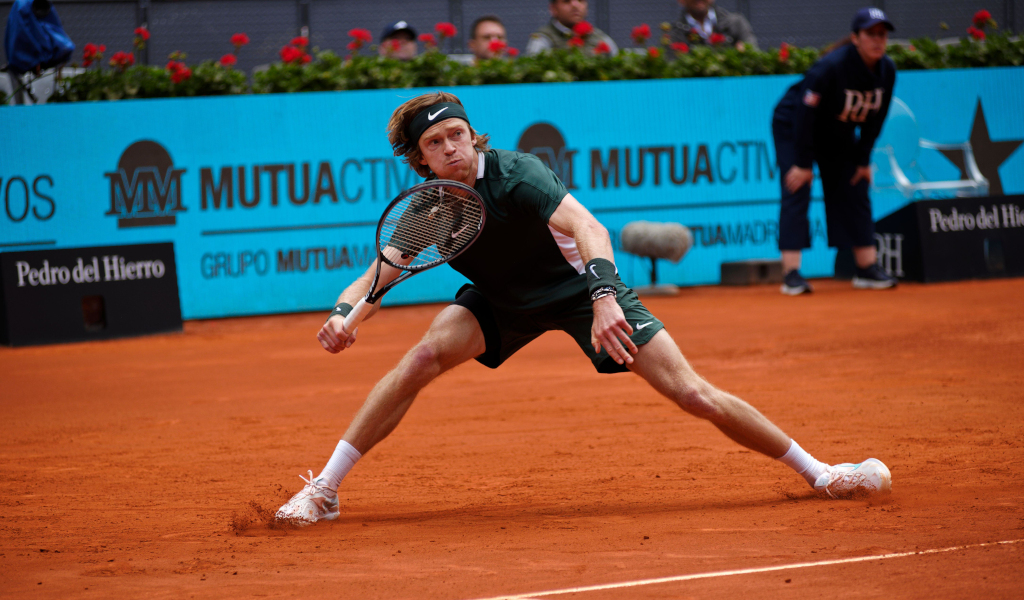 Jack Draper fell just short of a claiming the biggest win of his career as he lost in the second-round to Andrey Rublev at the Madrid Open.

The 20-year-old is on the verge of becoming the next British player to break into the top 100 and he again showed his huge potential against sixth seed Rublev, who defeated Novak Djokovic in his home city of Belgrade to win his last tournament.

Draper overpowered his Russian opponent in the opening set and led 3-0 in the third but Rublev fought back to claim a 2-6, 6-4, 7-5 victory.

Draper, who has won four ATP Challenger Tour events in 2022, knocked out top-30 player Lorenzo Sonego in the opening round in his first tour-level match on clay and he used his big left-handed serve and forehand to shock Rublev in the early stages.

The young Briton, who took a set off Djokovic at Wimbledon last year, also possesses a fine drop shot and is comfortable at the net, and he battled back from a break down in the second before Rublev moved ahead again.

Draper looked like he might find a way to win when he took the first three games of the decider but, with cramp starting to kick in, it was Rublev who eventually found a way through.