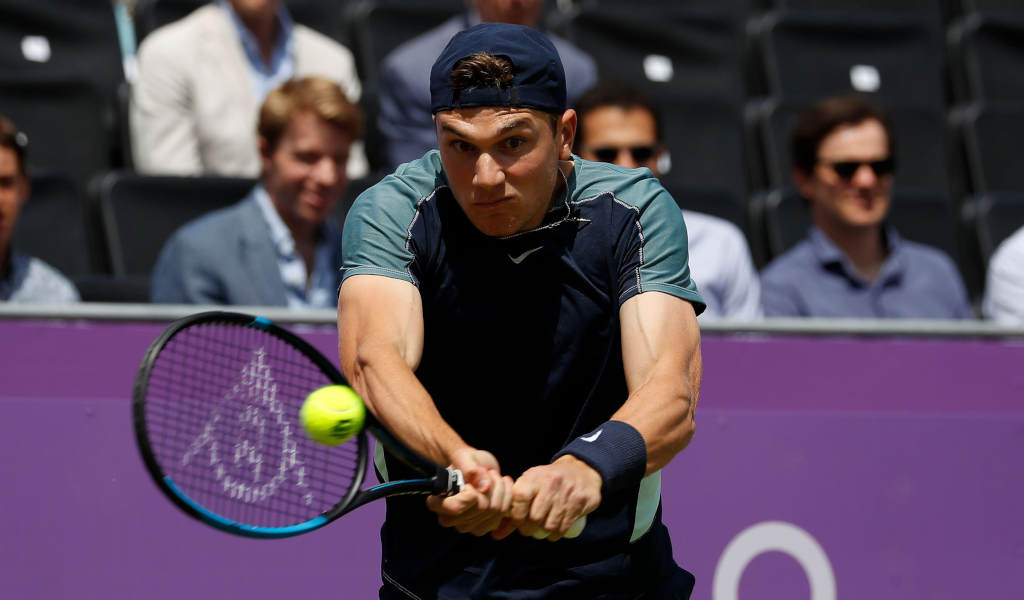 Jack Draper defeated Stefanos Tsitsipas to claim his first victory over a top 10 player as he became the third Briton to qualify for the third round of the National Bank Open.

Draper had to fight back from down a break in the second before he managed to wrap up the match 7-5 6-4 (4) just before 1am in Montreal.

World number eight Tsitsipas was let down by his forehand and made 40 unforced errors throughout, with Draper taking on 17th seed Gael Monfils later on Thursday for a spot in the quarter-finals.

Draper earned his victory by shunting the Greek around the court with his power game from the baseline and also being the steadier player over the course of the two-hour contest.

“This is why I put in all the hard work, for nights like this on stages like this,” the 20-year-old qualifier said in an on-court interview.

“Last week [after] Washington, me and my coach probably were thinking we weren’t even going to come here. We were going to maybe train a week, get a bit of confidence. But it paid off coming.”

Draper insisted that he didn’t have a firm game plan coming into the match.

“I didn’t really have much of a game plan,” Draper said. “I just thought I needed to play good tennis to beat Stefanos. He’s at the top of the game for a reason. [He’s] someone I’ve looked up to the last few years. It’s just good to be out here and try to express myself on this stage.”

The victory lifts Draper up to World No 62 on the ATP Live Rankings tracker, setting him up for a new career-high.

It was a bad day for the top seeds with Daniil Medvedev, Carlos Alcaraz and Andrey Rublev also eliminated from the tournament.

The 6-4 6-4 victory against the Russian was Evans’ fifth over a top-10 opponent, with the 32-year-old to next face 10th-seeded American Taylor Fritz.

Cameron Norrie will take on hometown hero Felix Auger-Aliassime for the second time in a week after the British number one defeated Botic van de Zandschulp in straight sets.

Norrie, who beat the Canadian on Saturday in the Abierto de Tenis Mifel semi-final for the first time in five meetings, moved through with a 6-1 6-2 effort against the Dutchman.