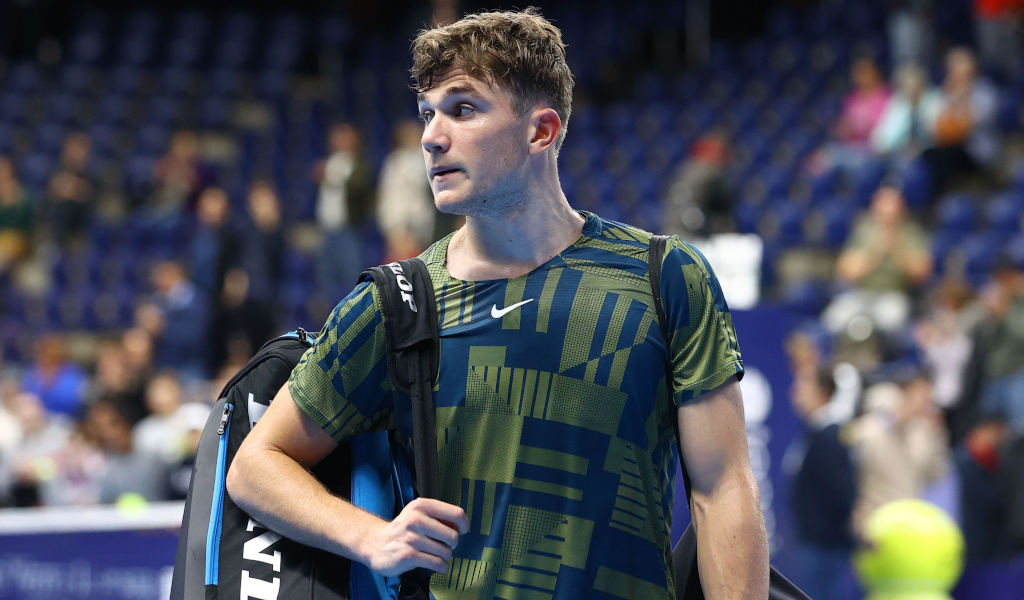 British duo Dan Evans and Jack Draper have both been knocked out of the Paris Masters after falling to defeats in the second round.

Despite some incredibly close games in the second set, Draper was beaten 6-3, 7-5 by No 21 Frances Tiafoe in an hour and 24 minutes.

Tiafoe started well in the opening set, but it was pretty even for most of the set.

Although the American was threatening to pull away, Draper put up a fight in the eighth game, which lasted over 10 minutes, before Tiafoe eventually broke and went on to take the first set.

World No 45 Draper, who has become the first Briton to qualify for the Next Gen ATP Finals, began the second set well, firing down four aces across the first three games, but Tiafoe kept pace with his opponent.

With the scores level at 5-5, the match looked to be heading towards a tie-break, but Tiafoe got the edge on Draper to break in the 11th game before going on to win the second set 7-5.

Draper is set to finish the year inside the top 50 after starting 2022 at year at No 265 in the AtP Rankings.

Tiafoe will now either face Alex de Minaur or Daniil Medvedev in round three.

Evans was also knocked out of the tournament as he fell to a 6-3, 6-4 defeat to fifth seed Stefanos Tsitsipas, bringing a disappointing end to the British No 2’s 2022 season.

The world No 5 displayed his dominance, smashing three aces in the third game to go 3-0 up, before Evans rallied to bring the score to 5-3.

The Greek showed his strength, however, capitalising on a double fault from the the world No 27 in the ninth game to take the first set.

Tsitsipas broke in the first game of the second set, but faced a difficult challenge against Evans, who came back to trail 5-4.

However, Tsitsipas was able to hold on and saw the match out with an ace in the 10th game to progress to round three, where he will face either Corentin Moutet or British world No 13 Cameron Norrie.

Earlier in the day, Italian Lorenzo Musetti beat Nikoloz Basilashvili of Georgia 6-4, 6-2 to set up a clash with third seed Casper Ruud in the last 16.