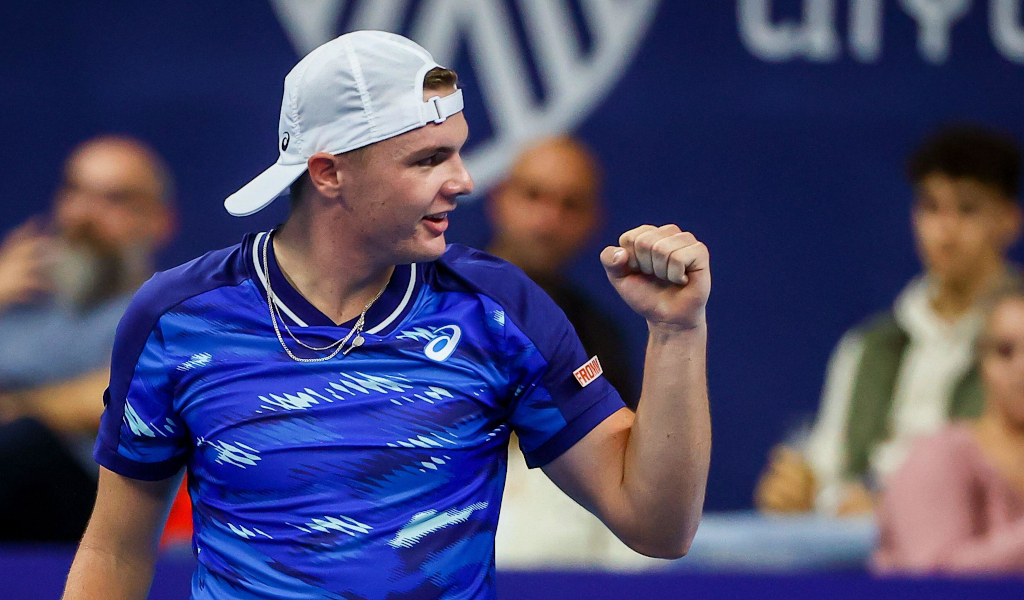 Dominic Stricker claimed a big win over Jack Draper in their opening match of the Next Gen ATP Finals while Brandon Nakashima feels he “was kind of lucky” during his tie-breakers against Matteo Arnaldi.

The world No 111 edged ahead in the first set with a break in game four, but the British No 3 drew level in the next game before the Swiss claimed the set via the tie-breaker. There were no breaks in sets two and three, but Stricker edged those tie-breakers as well.

Stricker faces top seed and local hero Lorenzo Musetti on Wednesday while Draper is up against Tseng Chun-hsin.

The American was in danger of going two sets to love down as he saved two set points in game six of the second set after Arnaldi broke in the previous game. The Italian then dominated the early part of the tie-breaker and Nakashima saved another three set points before converting his first set point.

He then edged the third set tie-breaker before the Italian hit back with a tie-break win of his won, but a solitary break to love in game three of the decider set up the win.

“It kind of took me a little while to get used to the new format, the new conditions out here,” world No 49 Nakashima said.

“Right from the beginning it was a lot of critical points, the sets were going by fast, so I just tried to adapt as quick as possible. The tie-breaks, I was kind of lucky to squeeze them out and today I think it was just all about finding a way out here.

“He’s a super tough opponent, he was playing really well, and it was just some critical points in the end that helped me get over the line.”

Nakashima will meet Jiri Lehecka in his second group match on Wednesday while Arnaldi and Francesco Passaro are set for an all-Italian duel with both needing a win to keep their semi-final hopes alive.

READ MORE: Who is Jack Draper and could he challenge Holger Rune as the Next Gen leader?