Jack Draper’s Next Gen ATP Finals run over, but British youngster has plenty of reason to be upbeat 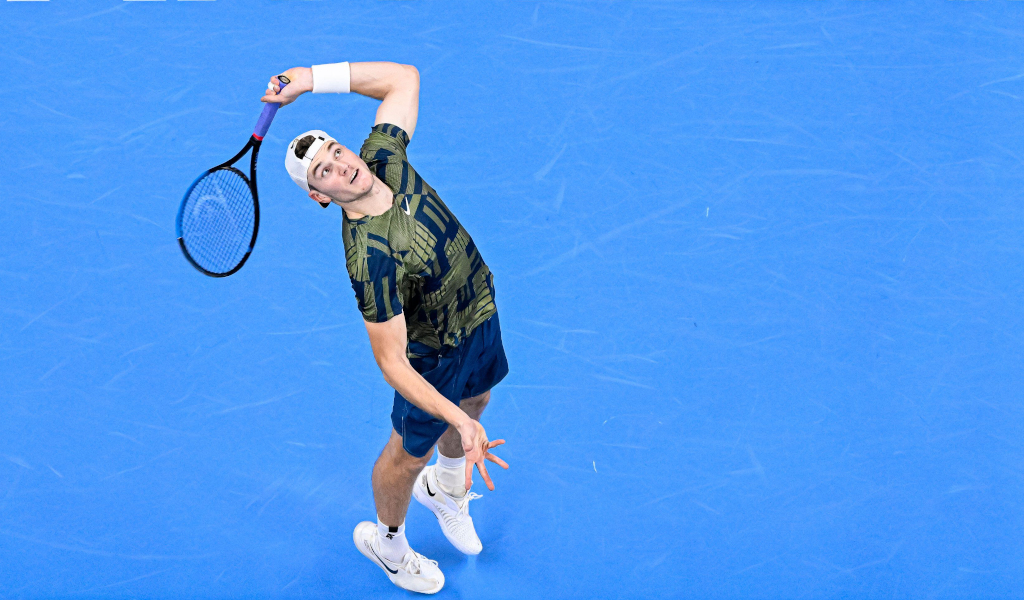 Jack Draper’s 2022 season ended on a losing note as he went down in four sets against Brandon Nakashima in the semi-final of the Next Gen ATP Finals on Friday.

The 20-year-old booked his place in the last four of the tournament with an impressive straight-set win over local hero Lorenzo Musetti on Thursday, but American Nakashima was too good for most of their match.

But for Draper it has been a season to remember in his young career as he started his first full campaign on the ATP Tour at No 265, but will finish inside the top 50.

He has also overtaken the great Andy Murray in the rankings and will start the 2023 season as the British No 3 behind Cameron Norrie and Dan Evans.

“It has been the first season I have been able to play lots,” he told the ATP Tour website recently.

“With my injuries in the past few years I have not been able to play as much as I would have wanted to, because of some unfortunate injuries.

“For example, I did some ligaments in my ankle. Just not getting that consistency of practising and competing.

“I think that is the biggest thing this year, just being able to stay fit and healthy and stay on court. I am ready physically and mentally to put it on court together.”

He has had some incredible results as he started the year by winning four ATP Challenger Tour events while he also secured his maiden ATP Masters 1000 victory at the Miami Open.

But bigger and better things were to come as he reached his first ATP Tour semi-final at the Eastbourne International while he also made the second round at Wimbledon. He then reached the quarter-final of the Canadian Open, upsetting third seed Stefanos Tsitsipas on the way, and the third round of the US Open after stunning sixth seed Felix Auger-Aliassime in the third round.

Jack Draper is fired up after beating FAA in Armstrong. pic.twitter.com/KF3IiaMJCO

“I think the most satisfying run was [at] the US Open,” he said. “I feel I beat two players in [Emil] Ruusuvuori and Auger-Aliassime who are top players and people I have been watching the past couple of years.

“The win against Auger-Aliassime gave me confidence that I can play well and really compete with these guys. The Tsitsipas win as well in Montreal. Playing those top players and getting wins and feeling comfortable is crucial.”

Draper finds himself at No 43 in the live ATP Rankings and he is assured of a direct entry into next year’s Australian Open.

As it will be his first-ever appearance at the season-opening Grand Slam, the youngster has no points to defend and he a couple of wins in the warm-up events and at Melbourne Park could see him continue his rise up the rankings.