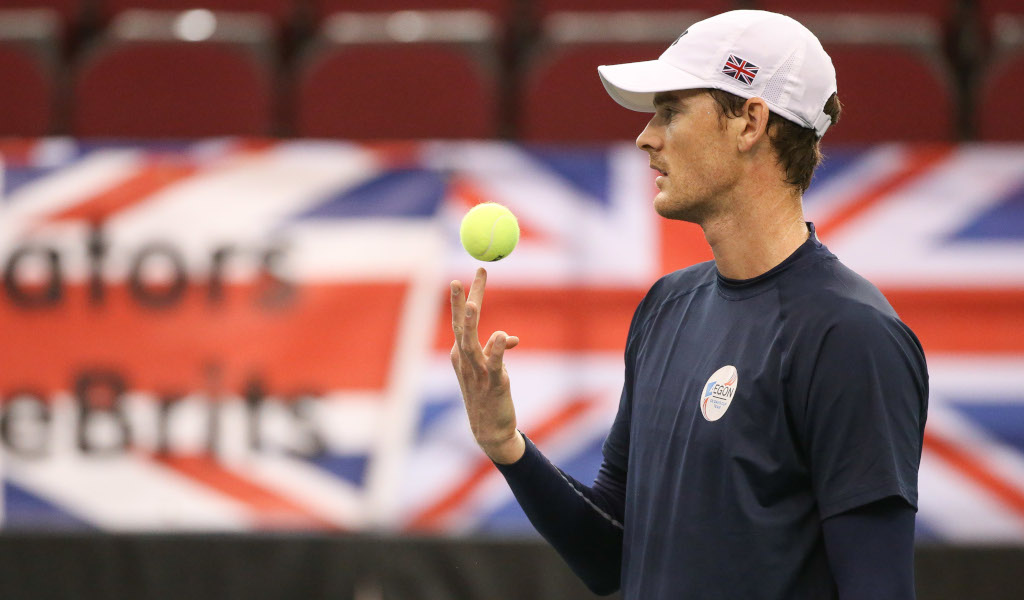 A public row has erupted between Jamie Murray and Dan Evans with the former sticking the knife in by saying Evans made a “hash of his career” after the world No 189 made disparaging remarks about the doubles game.

It all started when Murray praised his coach Louis Cayer on the back of the doubles success of the British players at the Australian Open. He also suggested the Lawn Tennis Association make Cayer national performance director.

“They [the LTA] should celebrate more the success of the doubles because that’s the thing they’ve clearly got to be most proud about,” he said.

Evans, who reached the second round of the Australian Open last week, was having none of it as he took a swipe at Cayer and doubles players in general during an interview.

“Who exactly has Louis Cayer ever coached apart from doubles players? Why would British tennis allow him to take charge? It’s a ludicrous comment,” he told the Daily Mail.

“I like the doubles guys and they’ve done well, but to think we should celebrate this so the kids growing up look up to this as a huge achievement is completely wrong. Kids want to be in the second round of main draw singles events not doubles.”

.@Andy_Murray is one of the world greats of this era, but @JohnnyTheNic believes his brother @Jamie_Murray​ deserves to be rated more highly https://t.co/8ByKQKy2rf

Murray, a former world No 1 in doubles with two men’s doubles Grand Slam and four mixed Grand Slam titles to his name, hit back at his Davis Cup team-mate, who only returned to the Tour in April last year after completing a year-long drugs ban.

“For me it is lazy comments to make,” he said during a press conference. “It is ill-informed and dumb really. Also, to question the reason that we are on the doubles tour is because we don’t work as hard as the singles guys is just total nonsense.

“I’ve been playing the tour since 2007, travelling the world, working my ass off to stay at the top of the game and make a living for myself.

“To come from someone who really hasn’t applied himself as much as he should, and really he has made a hash of his career with his decision-making and stuff. To come out with those sort of comments is just ignorant I think. For me it’s really disappointing.

“Of course when people start playing they want to be singles players because, if you look at the prize money and the glory and stuff, that’s where it is. I’m playing on a tour where 80 per cent of the prize money goes to the singles. At the Grand Slams it’s even more.

“So we’ve got a much smaller slice of the pie, but I still manage to make a good living playing tennis. Let’s be honest, a lot better living than what Dan has done in his career.

“If he does something that’s noteworthy and deserves recognition then absolutely he should get it, along with anybody else that’s got a GBR next to their name. But just to kind of lazily trash the doubles game, for me it annoys me a lot.”