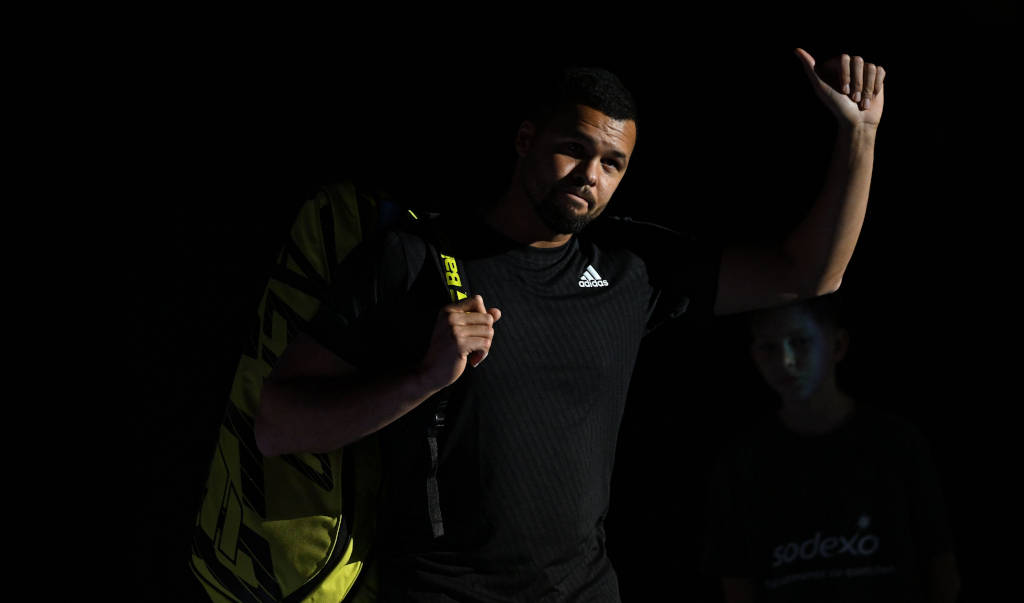 Jo-Wilfried Tsonga has bid farewell to the Lyon Open after bowing out of his final appearance at the event in the first round.

Croatian Alex Molcan was in no mood for sentimentality and dispatched the French veteran 6-4 6-4 to put to bed any hope of a fairytale run for the tournament’s inaugural champion.

Tsonga announced his intention to bid farewell to the ATP Tour earlier this year.

To his credit, Molcan played a close to complete game, using power and showing the confidence to mix it up with some nifty dropshots.

World No 47 Molcan made a run to the Marrakech final when the clay court swing kicked off in Morroco and sets up a meeting with fifth seed Karen Khachanov.

“I am really happy I won today. It was a pleasure to play against Jo,” Molcan said in his on-court interview. “He is a legend of the sport and I am really happy I could play him at least once in my career. I remember him playing, he was unbelievable. The emotions, everything.”

Khachanov was too good for French qualifier Gilles Simon who submitted to a 6-1, 6-4 defeat.

In other results, Ugo Humbert snapped a three-match losing streak downing qualifier Gregoire Barrere 6-3, 6-4 in 75 minutes, as a reward he will face fourth seeded Australian Alex de Minaur for a place in the last eight.

South Korea’s Soonwoo Kwon saved a match point, before toppling Aljaz Bedene 4-6, 7-6(4), 6-0 to set up an all-Asian Round of 16 matchup against Japan’s Yosuke Watanuki who stunned No 8 seed Pedro Martinez.

Holger Rune ousted home hope Arthur Rinderknech after claiming a pair of tiebreaks for a straight sets win and will go on to face another Frenchman in Adrian Mannarino who saw off sixth seed Aslan Karetsev.

Francisco Cerundolo survived a spirited fightback from James Duckworth to set up a date with top seed Cameron Norrie.

The withdrawal of Gael Monfils paved the way for Lucky Loser Michael Mmoh to enter into the second round.