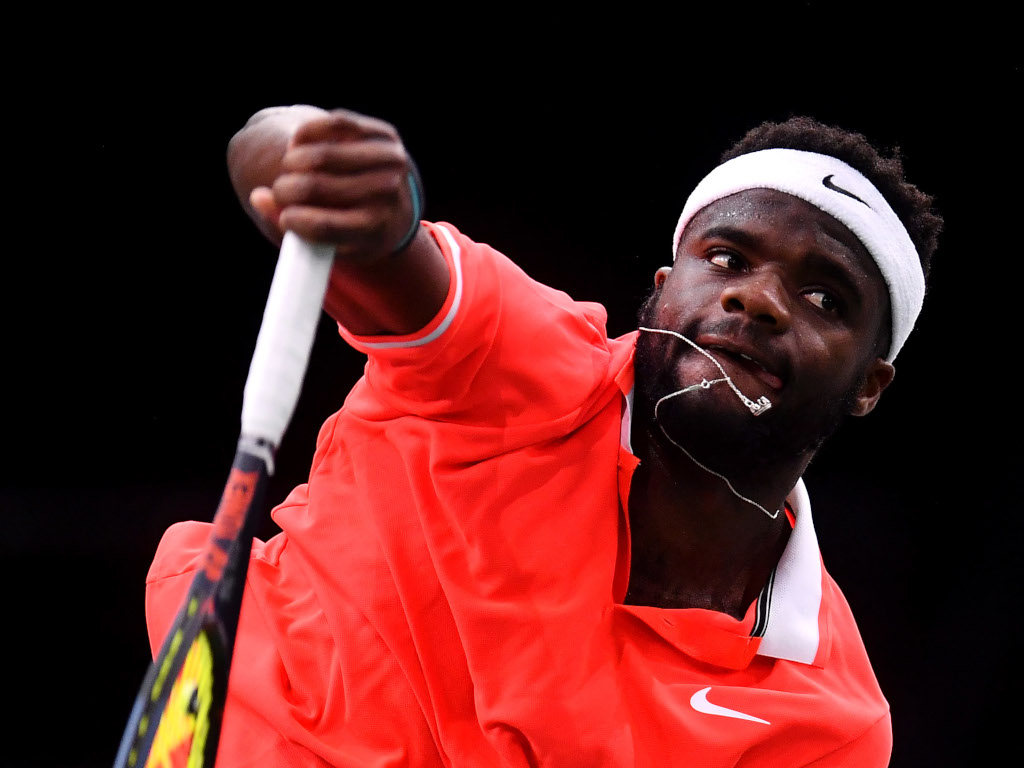 Joao Sousa and Frances Tiafoe won their opening matches at the Paris Masters to set up second-round encounters against Novak Djokovic and Alexander Zverev respectively.

Joao Sousa books a meeting with four-time #RolexParisMasters champ Novak Djokovic in the second round.

Tops Cecchinato 7-5 6-3 to move on in Paris. pic.twitter.com/F7xcXlORAR

American Tiafoe, meanwhile, saw off the challenge of Nicolas Mahut, winning 7-6 (7-1), 6-2 to earn himself a date against fourth seed Zverev.

Fellow NextGen star Karen Khachanov also moved into the second round as he beat Filip Krajinovic of Serbia 7-5, 6-2.

The Russian was due to meet Kyle Edmund, but the British No 1 withdrew due to injury and he will face Australian lucky loser Matthew Ebden instead.

Canadian Denis Shapovalov fell at the first hurdle as he went down against Richard Gasquet with the veteran Frenchman winning 6-4, 7-6 (7-3) to send up a meeting with defending champion Jack Sock.

“[Shapovalov] is hitting the ball very hard. So it’s very tough to play against him. So I needed to play very offensive, especially my return on his second serve was important for me. So I tried to push a lot and to keep my serve,” Gasquet told ATPWorldTour.com.

Other players to advance include Damir Dzumhur, Philipp Kohlschreiber and Feliciano Lopez.