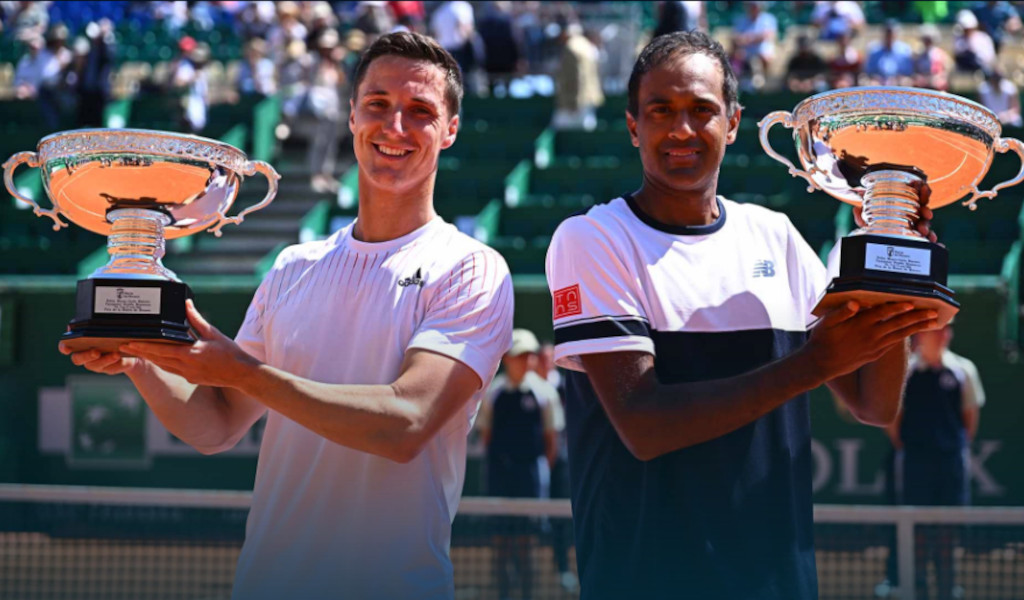 British Doubles expert Joe Salisbury says that he and partner Rajeev Ram set out to put in their best performances at the big tournaments.

Salisbury and Ram have claimed ATP 1000 titles in Cincinnati and Monte Carlo.

Off the back of the Cincy triumph, the pair went on to defend their US Open crown.

“Those [Masters 1000s and Grand Slams] are the ones we want to win, the big ones,” Salisbury told ATPTour.com.

“Even if it’s only a couple a year, those are the ones we are going for. I think it’s good we perform our best at those bigger tournaments. I think we plan our schedule to focus on those and to peak at those times.”

His partner Ram insists that the Tour finals are one of the events they really want to win.

“It’s [at the] top of my list as far as favourite events to play,” Ram said

“It’s such a special event to qualify for. We’ve been lucky enough to play it a few times, lost a tough one in the final last year. Just how tennis in general gets showcased, anytime we get to play it’s definitely an honour.”

The pair pride themselves on being tough to break as Salisbury points out.

“I think we have quite similar skills on the court,” Salisbury said.

The Doubles scene veteran of the team, Ram credits Salisbury with bringing energy and enthusiasm to the team.

“One of the reasons we combine as well as we do is he brings a lot of enthusiasm, athleticism,” Ram said.

“He’s a little fresher and younger on the Tour. I think I can help on the experience side because I’ve been at this for awhile. We try and get the best out of each other in both of those aspects.”

It was the younger Salisbury who approached Ram about pairing together regularly and the American says they felt like a natural fit.

“I had played against Joe, lost both times I played him,” Ram said.

“You never know [if it’s going to be successful] until you start. I really felt like we had a chance to do well together after we had a training block the December before we first started. It felt pretty natural on court together, felt like we had the same idea on continuing to try and get better and be the best we can be.”