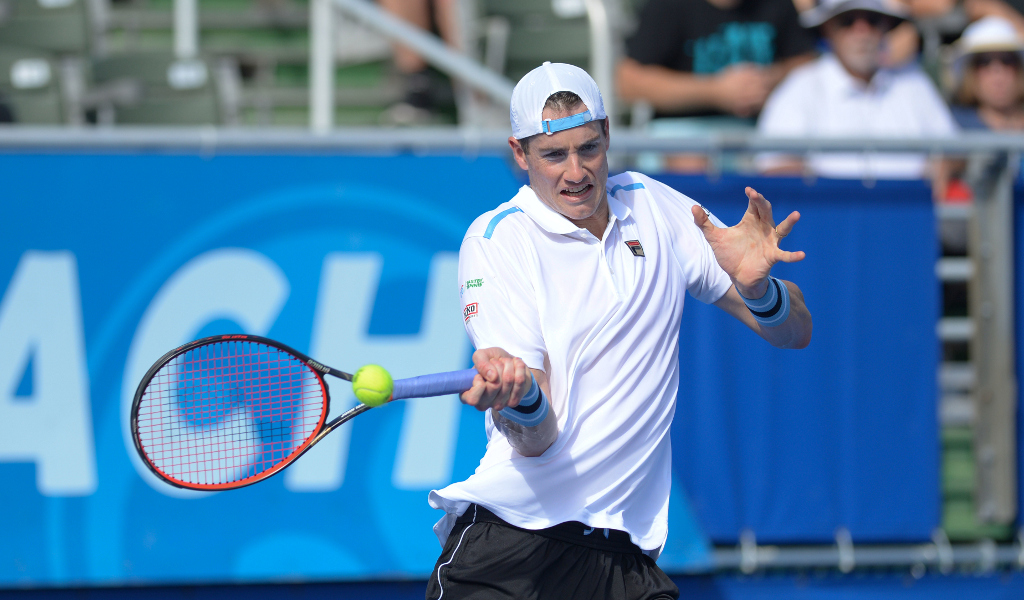 Top seed John Isner put his recent injury woes behind him to win his fourth Hall of Fame title in Newport with a two-set win over Alexander Bublik.

The American spent three months on the sidelines after fracturing his foot in the Miami Open final in March and only made his competitive return in Wimbledon where he lost in the second round.

4? on the floor! ??@JohnIsner claims his 4th #HallofFameOpen title with a 7-6(2) 6-3 victory over Alexander Bublik. pic.twitter.com/62zBAmwbtd

The 22-year-old Bublik, playing in his first ATP Tour final, double-faulted in the fifth game of the second set to give Isner the crucial break to go 3-2 up.

“My very first ATP Tour event was here in 2007 and I didn’t enjoy the courts that much back then because I didn’t know how to play on them,” he said. “To say that I’ve won this event four times isn’t something I thought would be possible.”

He added: “I’ve definitely lacked court time in the last three months. The best way to get back in shape is by spending time on the court and playing matches, which is the most important thing.

“I haven’t played many tournaments this year, but I still feel like I’ve had a pretty good year.”