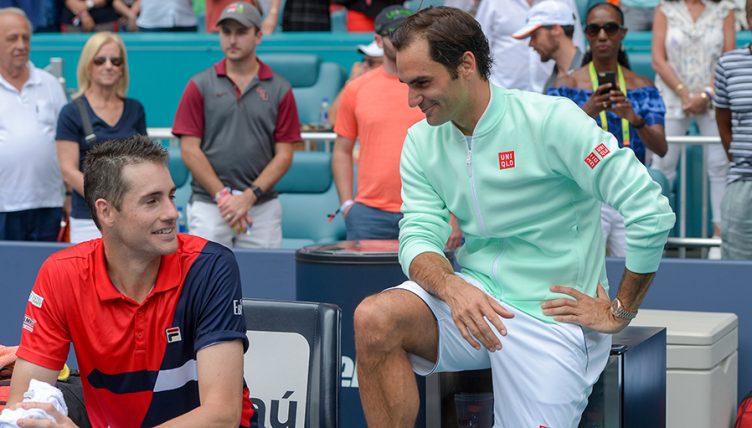 John Isner is hoping to follow in the footsteps of 20-time Grand Slam winner Roger Federer and not let age hold him back.

Despite being 37-years-old, Federer was part of another historic Wimbledon final last week as he and Novak Djokovic produced the longest-ever final with the Serb winning the fifth set 13-12 via the tie-breaker having spent four hours and 57 minutes on court.

Isner, who turned 34 in April, says the Swiss Maestro’s performances at 37 “helps him out”.

“The fact he’s playing so well, at this age, is truly incredible,” he told the Atlanta Journal-Constitution. “The fact that he’s moving so well, and everything, I think, for me, seeing that, it helps me out.”

The American only recently returned to action having spent three months on the sidelines due to a broken foot, but it was a successful comeback as he won the Hall of Fame Open for a fourth time.

However, he is philosophical about the injury.

“It’s been a big blessing,” he said. “Tennis is not even close to the most important thing going on in my life right now. It’s still important, but family comes before that. I think it’s helped me relax a little bit on the court.”

He added: “It’s a tough injury to have… It just took some time. But it happens, injuries [are] a part of sports.”