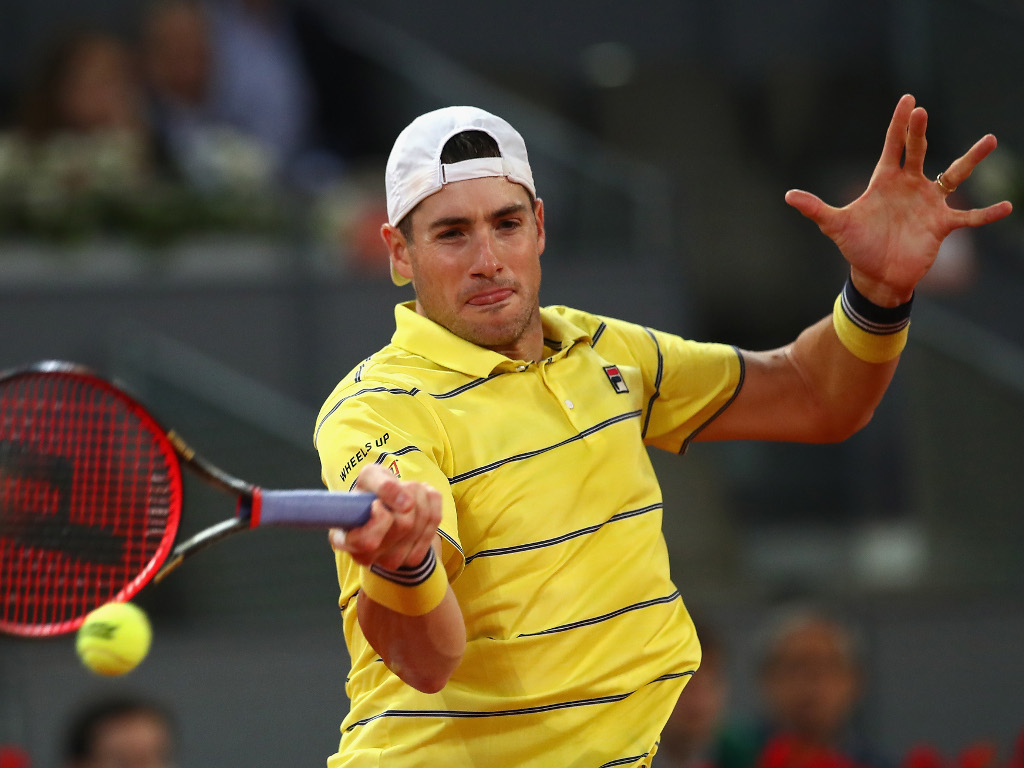 John Isner beat Radu Albot in the Lyon Open to set up a last-eight clash against Cameron Norrie, but Jack Sock lost.

Sealed with an ace ??

After no breaks of serve in the first set, American Isner took it in the tie-breaker before breaking once in the second set to secure a date against Great Britain’s Norrie.

World No 102 Norrie beat Germany’s Maximilian Marterer 6-1, 6-3 in just over an hour. Two breaks of serve in the opening set and one in the second were enough to earn him the victory.

Third seed Sock crashed out, though, as he was beaten 7-6 (8-6), 6-2 by fellow American Taylor Fritz, who will face Dusan Lajovic next after the Croat beat Filip Horansky 6-4, 7-5.

Mikhail Kukushkin advanced with a 6-2, 6-3 victory over Federico Coria from Argentina.