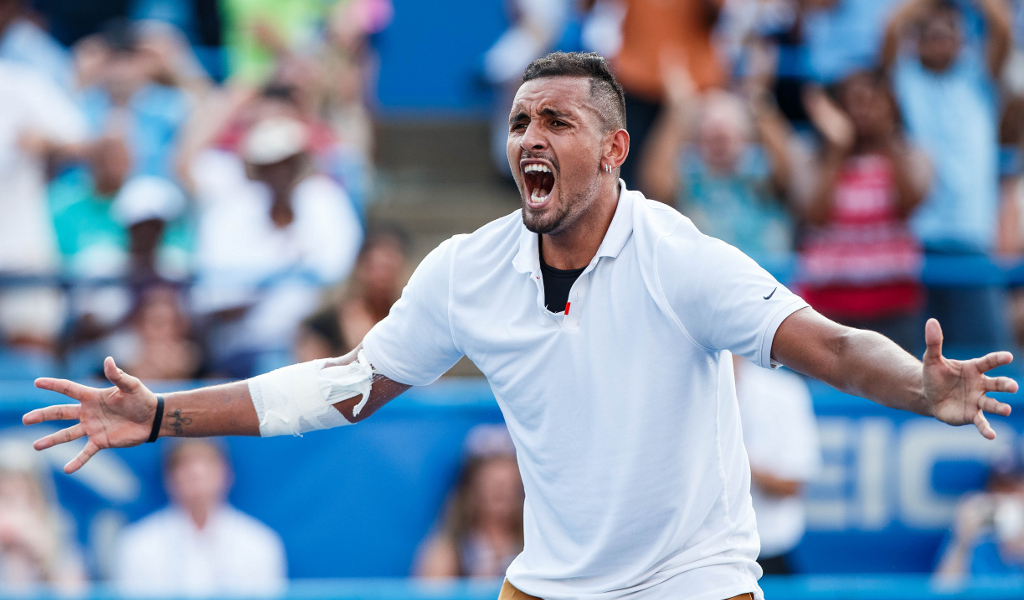 The Big Three of Federer, Nadal and Djokovic are considered the top tier of men’s tennis while Murray was once considered a member of that elite group, but he fell away in recent years due to his long-standing hip injury.

Former world No 1 and seven-time Grand Slam winner McEnroe believes Kyrgios has the talent to push the best in the business, especially in the majors, but he needs to be willing to dig deep.

“On talent alone I put him behind the top three. If you include [Andy] Murray, I’d throw him right behind the obvious three legends, Novak and Rafa and Roger. Murray’s won three so he’d be the next guy. He should have won some already if he had been able to keep his mind on the job,” the American told Australia’s Sports Sunday

“As we all know, people around sports and athletes, it’s not just about how much talent you have, it’s about how much fortitude you have mentally and what type of fitness you put yourself in mentally as well as physically and how deep you’re willing to go. How far you are willing to go to get the win? He’s not been able to do that.

“I don’t know if he will ever be able to do it. I hope he does because I happen to like him and it would be great for the game if he did.”

McEnroe was also asked if he would be willing to coach Kyrgios.

“Of course I’d be tempted,” he said. “He’d be like a no-brainer, if it worked it would be incredible.

“We’d probably be at each other’s throats within minutes, but it would certainly be tempting.

“Not only with me, it can be with someone else. I’m not the only guy who’s willing and able to do the job.

“He just doesn’t seem ready to have a coach. First of all, he’s got to be ready to want to do it.”