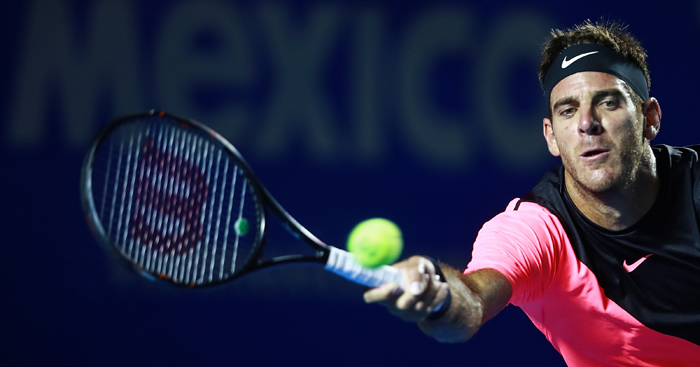 Juan Martin Del Potro, Alexander Zverev, and Kevin Anderson all powered into the semi-finals of the Mexican Open on Thursday.

He will now face Zverez in the last four after the German cruised past American Ryan Harrison 6-4 6-1.

Kevin Anderson, meanwhile, has reached his third semi-final of 2018, scoring an impressive 7-6 6-4 win over Hyeon Chung.

“I felt the first set was really touch and go. I had to save quite a few break points. I felt I played some of my best tennis down on those break points. I think that first-set tie-break was really key,” Anderson told atpworldtour.com.

“[In the second set] I did very well to reset, break him straight back at 4-all to go 5-4, and then played a good serve game to serve it out.”

The South African will face Jared Donaldson in the semis, after he dismissed Feliciano Lopez 6-3 6-1.