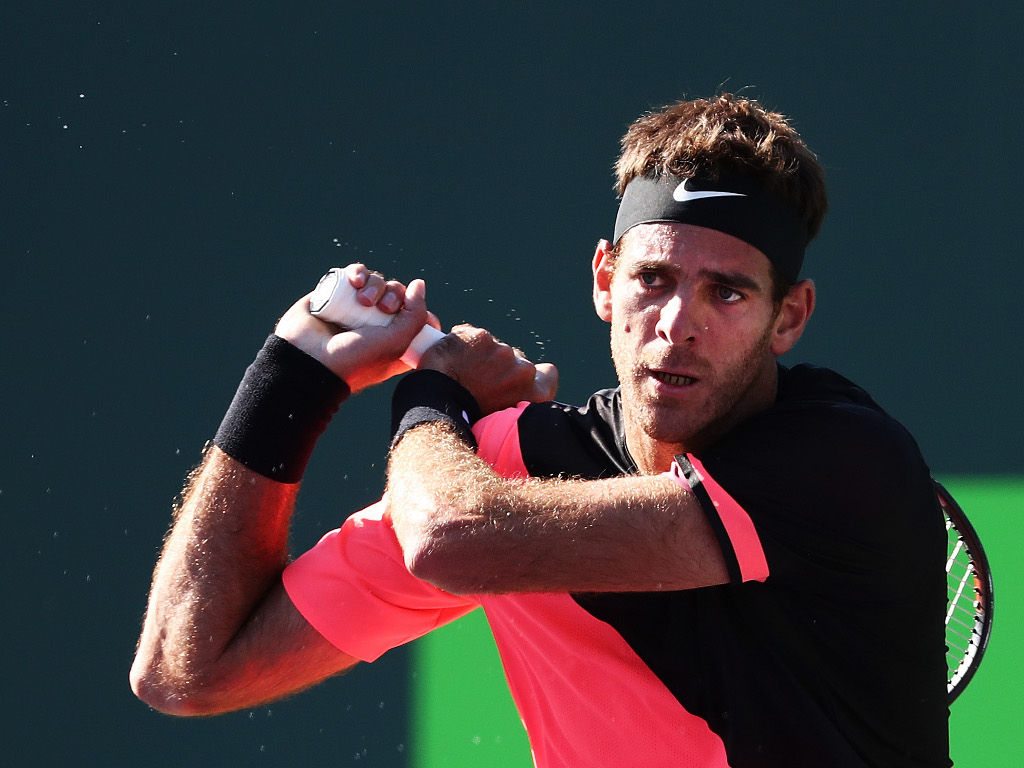 Juan Martin del Potro brushed aside Kei Nishikori to reach the fourth round in Miami, but Grigor Dimitrov was another big casualty.

Hot on the heels of winning the Indian Wells Masters, Del Potro took his winning streak to 13 as he beat former US Open runner-up Nishikori 6-2, 6-2 in one hour and 22 minutes.

The Argentine, who also won the Mexican Open, claimed two breaks of serve in both sets to secure a straightforward win.

Lucky 13 ?? Sweet 16.@delpotrojuan wins 13th match on the trot and reaches the fourth round in Miami 6-2 6-2 over Nishikori.#MiamiOpen pic.twitter.com/6xFuflkvKe

“I think I’m playing good,” the fifth seed said. “I can play even better, but I need to get confidence playing on this court, trying to keep winning matches. But it is not easy. My body is starting to feel tight because of all my success.

“But I’m enjoying playing this tournament. I would like to stay longer because it’s a special tournament for me. It is the last time playing here in Key Biscayne, so I would love to stay here few more days.”

He will face 22nd seed Filip Krajinovic next.

Dimitrov’s poor run of form continued as he was beaten 6-4, 6-4 by Frenchman Jeremy Chardy.

The Bulgarian has struggled since reaching the quarter-finals of the Australian Open as he has lost early in Dubai and Indian Wells as well.

Chardy will take on Milos Raonic next after the Canadian beat Diego Schwartzman of Argentina 7-6 (7-5), 6-3.

Canadian Pospisil, though, went down with a fight as he saved three match points.

“It was a relief at the end,” Cilic said. “I had those three match points at 6-5 and there was that great rally at deuce. I was playing really well in the tie-break, returning really well and serving really good. I saved the best for last and I’m really pleased with the victory.”