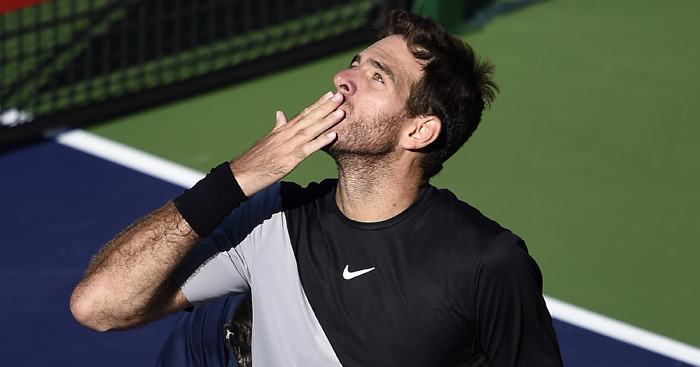 Argentinian Juan Martin del Potro has powered his way into his third Indian Wells semi-final with a victory over Philipp Kohlschreiber.

Speaking on court after the match, del Potro said of his Kohlschreiber: “He’s a very smart guy, his game is so good, he made me run a lot, so my legs are completely tired.

“But at the end of the match, I played well, and in the important moments. I am so happy to be in the semi-final.”

Del Potro will face Milos Raonic in the last four after the Canadian defeated Sam Querrey 7-5 2-6 6-3.

The American was looking to advance to his first ATP World Tour Masters 1000 semi-final – but the 32nd seed reeled off four straight games to take the first set 7-5.

Yesterday, Roger Federer stormed his way into his 11th semi-final at the tournament, with a 7-5 6-1 win over Hyeon Chung. and will now play Borna Coric, who beat South Africa’s Kevin Anderson.