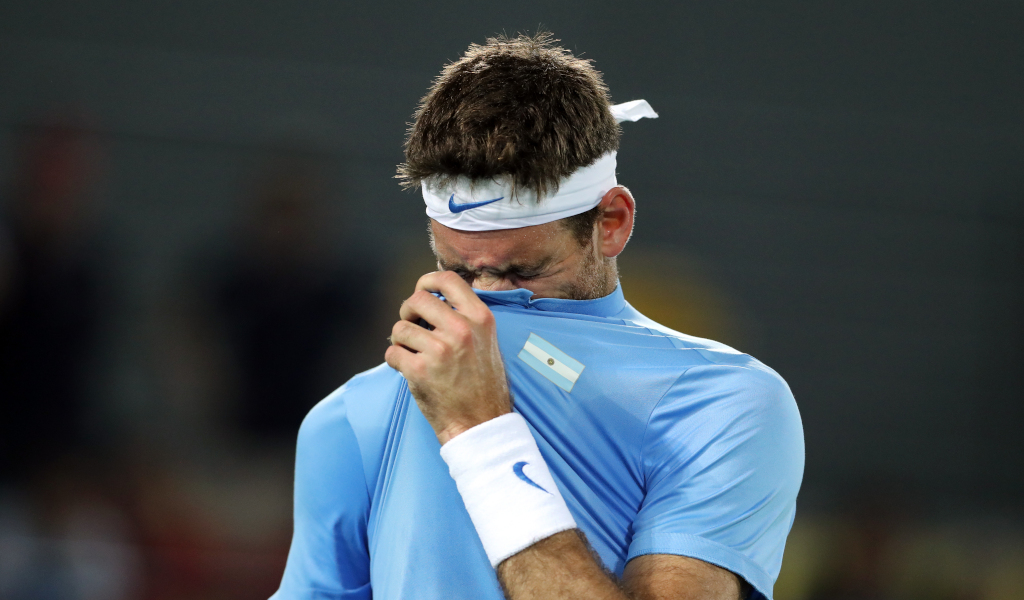 There were emotional scenes as Juan Martin del Potro made his long-awaited return to competitive tennis and the soul-stirring match may well have been his final one too.

Having been out of action since June 2019 due to a serious knee injury, Del Potro announced before the Argentina Open that it could be his farewell tournament.

And the atmosphere at Buenos Aires for the match against fellow Argentine Federico Delbonis was always going to be “crazy” on the back of that announcement with the 2009 US Open champion receiving a welcome to remember as he walked out.

It was a one-sided affair with the sixth-seeded Delbonis winning in 6-1, 6-3 in under 90 minutes although Del Potro did start with a break of serve in the first game, which was the last game he won in the set.

There were signs of his booming forehand during several occasions, much to the delight of the crowd.

Delbonis went on to win the final four games of the second set to ease over the line.

“It’s difficult to explain how I felt on the court. So many emotions,” del Potro said post-match. “The atmosphere was crazy, the people were crazy, and I had one of my best ever matches in my career with the crowd.”

And things did catch up with the Tower of Tandil just before the end of the match.

Despite all the retirement hints before the match, Del Potro still hopes to fix his knee.

“I don’t know if it’s going to happen, because the pain in my knee is very high,” he said. “But I will keep doing a big effort to fix the knee, and if I get that, maybe I will have another chance to play.”

An unforgettable night in Buenos Aires comes to a close 🌙

“There were so many feelings before the match when I knew I was going to play Juan Martin,” Delbonis said.

“The days before were very exciting. So many things were going through my mind. Of course when I got on the court, when I see all the people there, the court was packed.

“It was amazing. I think the match as well was quite emotional. I want to leave the tennis on the side for a moment and try to express all the emotions that we had in the match.”