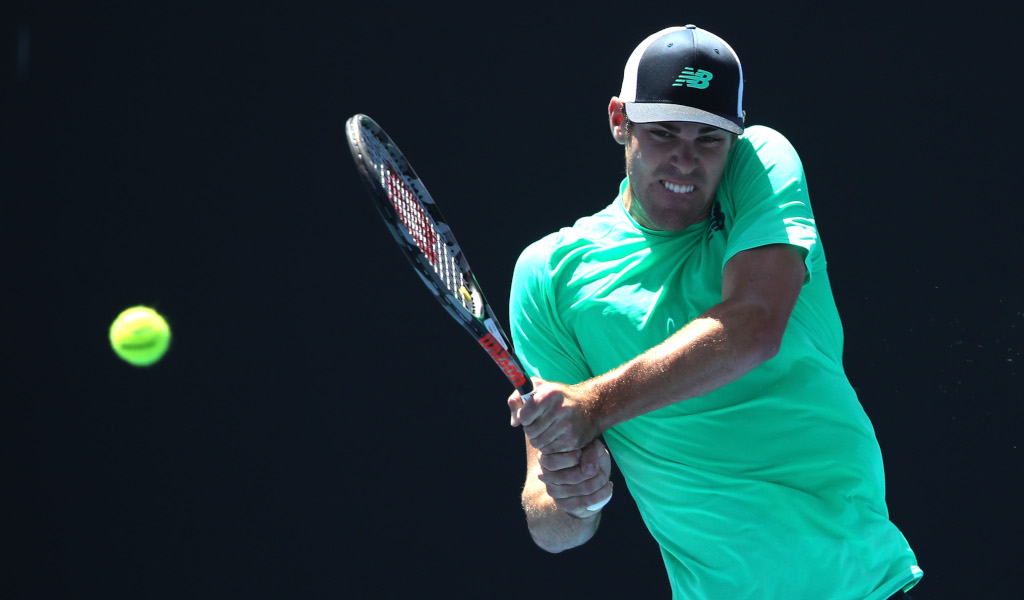 Reilly Opelka and John Isner set a new ATP Tour record for combined aces in a three-set match with the former coming out on top in both the ace count and match result.

Opelka sent down 43 aces while Isner served 38 as they set a new record of 81, which are 10 better than the 71 Nick Kyrgios and Ryan Harrison served in Brisbane earlier this year.

He saves six match points and then does this?

Unsurprisingly there were no breaks of serves in any of the sets with Opelka saving the match points during the second-set tie-breaker.

Talk about a New York groove 😲@BraydenSchnur sails into the @NewYorkOpen final with a 7-6(7) 4-6 6-3 upset over Sam Querrey. pic.twitter.com/Hhg82FMQcn

“It’s an extremely big moment for me. These last few days have been unbelievable,” Schnur, who won his maiden ATP Tour match in New York this week, said.

“I was one of the last guys to get into qualifying and my coach said to just see what happens. I think I’ve turned a lot of heads this week and am on the come-up.”