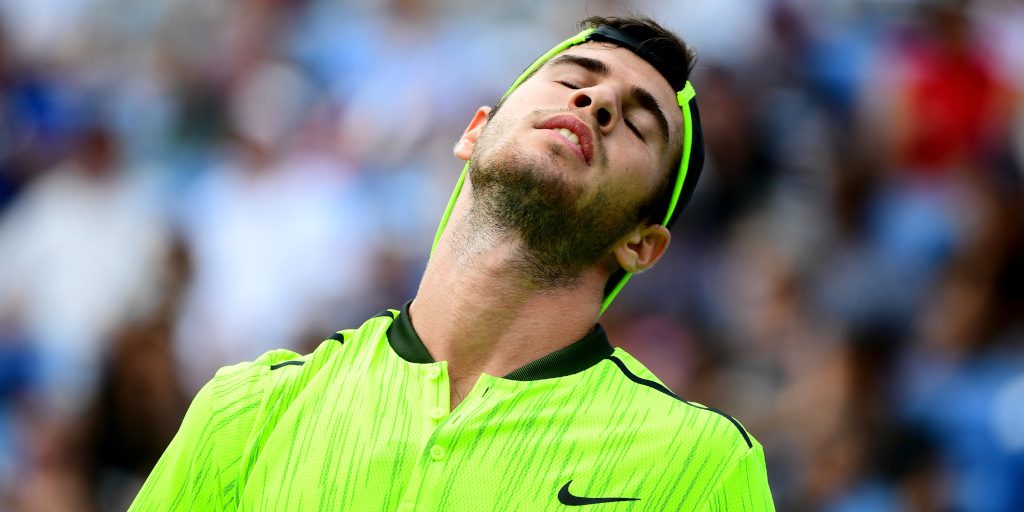 Top seed Karen Khachanov has been sent crashing out of the Sofia Open by little-known Italian Matteo Berrettini.

The Russian started the second round clash in devastating form, dropping only two points in his first four service games before bagging the first set on a tiebreak.

“It was a very difficult first set, I didn’t play so well,” said Berrettini, who is ranked 53rd in the world.

“But then I improved my performance in the second set and I think I played very well in the third.”

Spanish duo Roberto Bautista Agut and Fernando Verdasco are safely through, though.

Fourth seed Bautista Agut, the 2016 champion, lost the opening set to Matthew Ebden but still had enough to progress, eventually sealing a 3-6, 6-3, 6-2, success.

Verdasco, meanwhile, the sixth seed, was in dominant mood as he dismissed Bulgarian qualifier Alexandar Lazarov 6-2 6-1.

The defending champion, Mirza Basic, is out though.

The Bosnian won the tournament last year as a qualifier, but he fell to world number 38 Mirza Klizan 6-0, 3-6, 6-2 this time around.