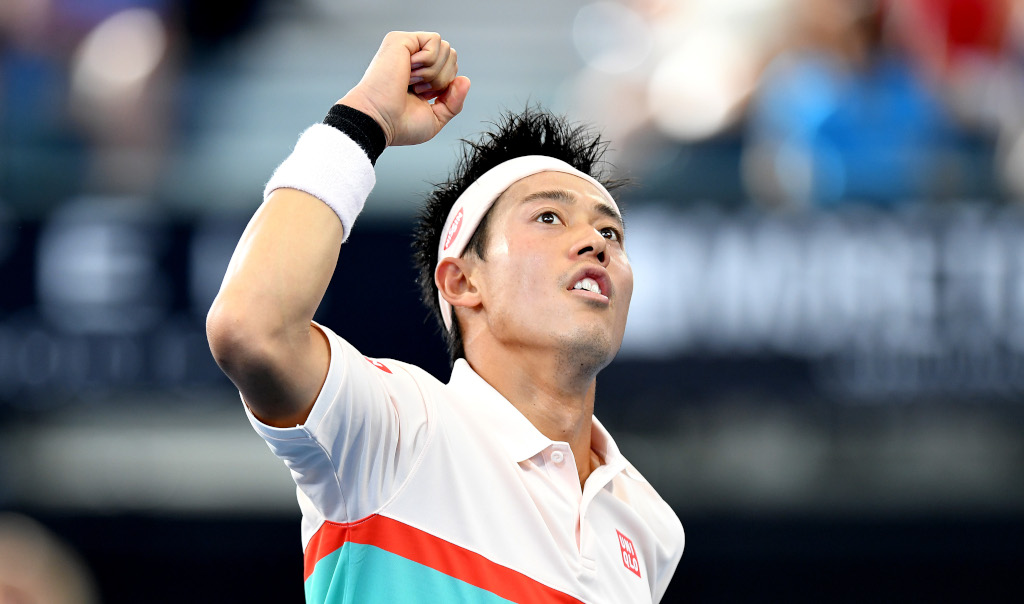 The second-seeded Nishikori came through his semi-final against Jeremy Chardy with ease as he rolled the Frenchman over 6-2, 6-2 in one hour and six minutes.

Indeed. Nishikori storms by Chardy 6-2 6-2 in just 66 minutes to earn his way back into the #BrisbaneTennis final for the first time since 2017

He’ll meet either Tsonga or Medvedev there pic.twitter.com/PuBUo8Gq56

“Today’s match was almost perfect, I would say. Serve and return was phenomenal,” Nishikori said.

“I think he was missing a little bit more than last couple matches.

Next up for the Japanese player is Medvedev after the Russian saw off the challenge of Jo-Wilfried Tsonga.

After a tight opening set, the fourth seed ran away with things in the second as he secured a 7-6 (8-6), 6-2 win over the Frenchman, who was playing in his first semi-final in over a year following a serious knee injury.