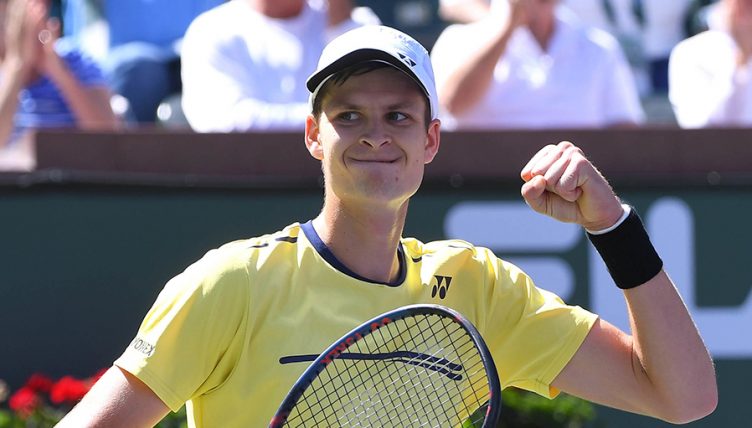 Kei Nishikori was on the wrong side of an Indian Wells upset after Pole Hubert Hurkacz sent him packing in California.

“Kei is an unbelievable player, so I’m very happy to be able to win against him,” said Hurkacz.

“He’s a great competitor. Was really tough, tough match today. I was trying to stay positive, to fight for every point and it worked out at the end.

“I was just trying to serve well. This was helping me to get a few free points. Against such a great player, it’s really crucial.”

Hurkacz will now face Denis Shapovalov in round four, who scored an impressive win over Marin Cilic.

Krajinovic’s reward will be a meeting with Rafael Nadal, who was far too good for Diego Schwartzman.