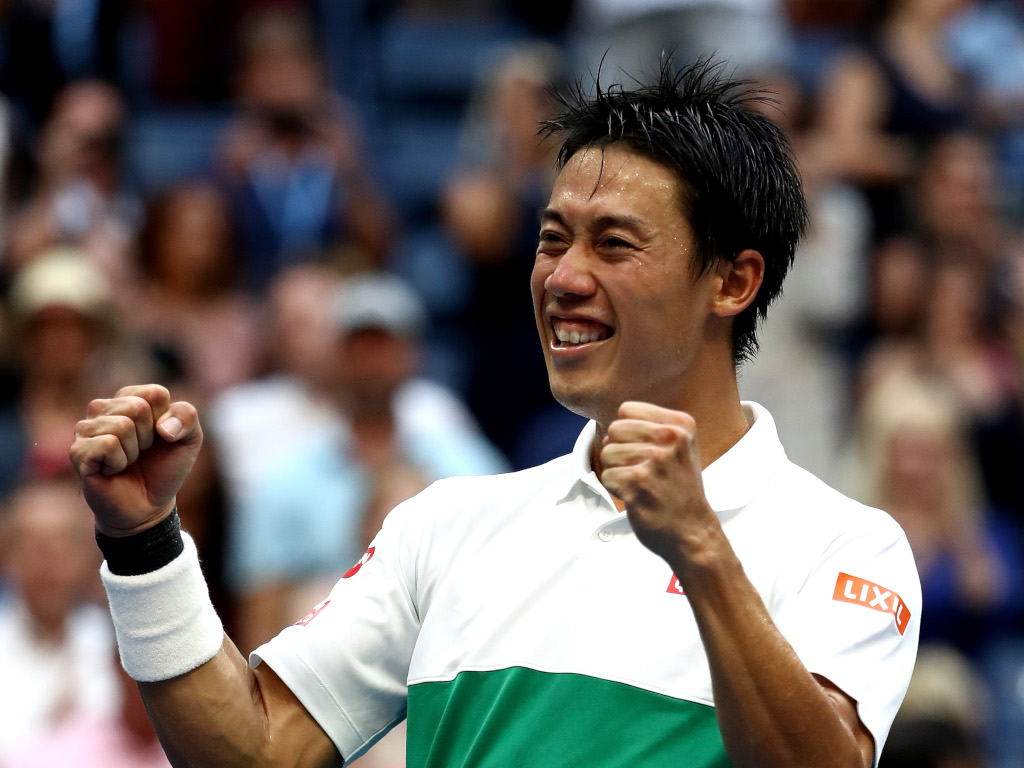 Top seed Kei Nishikori came back from a 3-1 deficit in the deciding set to beat Nikoloz Basilashvili in the Moselle Open quarter-finals.

The Japanese player comfortably won the opening set, but fifth seed Basilashvili fought back to level it at one set each before building a handy lead in the third set after breaking early on.

He will face either Matthias Bachinger or Yannick Maden for a place in the final.

Frenchman Gilles Simon upset compatriot and fourth seed Richard Gasquet with a 7-6 (7-4), 6-2 victory to move into the semi-finals.

Gasquet had won the pair’s previous eight encounters, but Simon finally ended his losing streak in one hour and 34 minutes on Friday.

No one beats Gilles Simon nine times in a row…😉

He will face Radu Albot after the Moldovan reached his maiden ATP Tour semi-final with a 7-6 (7-4), 6-4 win over Ricardas Berankis of Lithuania.