Kei Nishikori gets himself out of trouble, but Karen Khachanov less fortunate 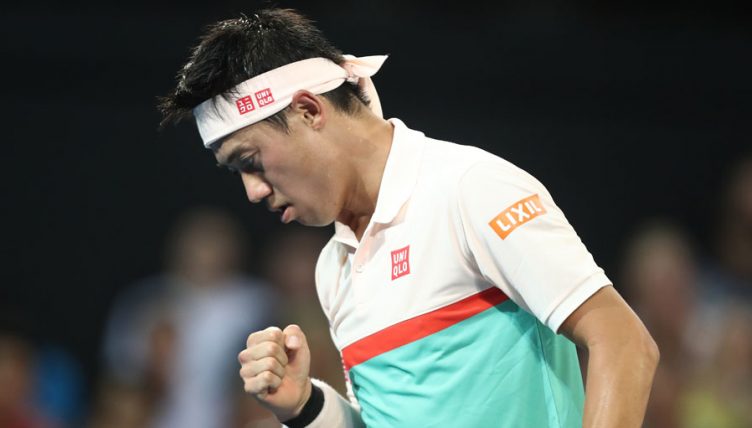 There were mixed fortunes for the top two seeds at the ABN AMRO World Tennis Tournament with Kei Nishikori staying afloat, but Karen Khachanov crashing out.

Decisive in a decider!

The Japanese player secured the crucial break of serve in game three of the decider with the victory earning him a quarter-final clash against Ernests Gulbis after the Latvian beat Marius Copil 6-2, 6-4.

“It wasn’t easy, as he was playing good tennis and serving well,” said Nishikori. “I had a little bit of trouble with my return game and couldn’t convert the important points. I just tried to play steady, as I wasn’t playing bad, and I tried to stay aggressive.”

Local hero Tallon Griekspoor pulled off an incredible upset for the second year in a row as he followed up his 2018 win over Stan Wawrinka with a three-set win over second seed Khachanov.

After sharing the first two sets, wildcard Griekspoor raced into a 4-0 lead in the third set after breaking the Russian twice, and then won it on his third match point.

Fourth seed Milos Raonic set up a clash against Wawrinka after the Canadian beat Philipp Kohlschreiber 7-6 (10-8), 7-5.

“It’s going to be tough, particularly as our last match was four tie-breaks, across four hours, in Melbourne,” Raonic said of his meeting with the Swiss.