Careless Kei Nishikori dumped out of the Moselle Open semi-finals 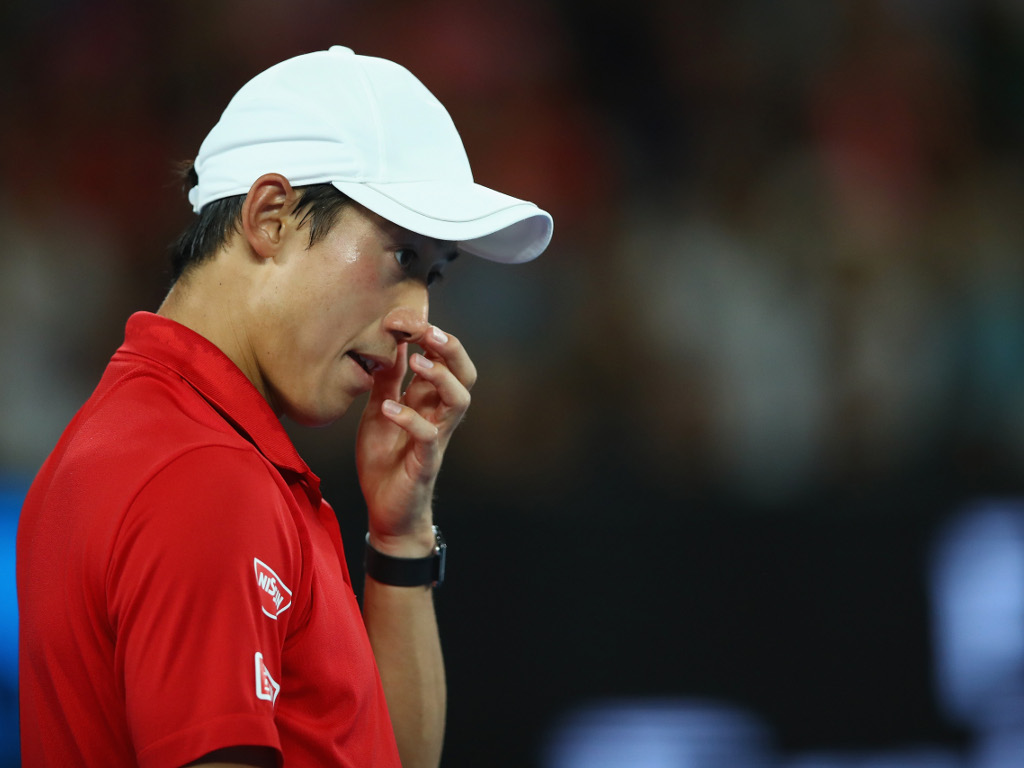 Kei Nishikori has been stunned by journeyman Matthias Bachinger in the semi-finals of the Moselle Open in a defeat the German described as ‘the biggest success in my career.’

The Japanese star and top seed was looking to use the Metz tournament to build his confidence and help restore his previous world ranking, but he came up short on Saturday. losing 2-6 6-4 7-5.

“This has been my biggest success in my career. Kei is such a great player. I was a bit tired from yesterday but he also played really well in the opening set,” Bachinger, who started the week with just one tour-level win this year, told atpworldtour.com.

Watch as @RogerFederer​ gets hit in the back by his partner @DjokerNole at the #LaverCup https://t.co/LCn1oOp0rr

Nishikori appeared to be cruising after dominating the first set, but he admits to being unsure as to where this defeat leaves him.

“I played well, but he played better in the last two sets when he changed his game and raised his level,” said Nishikori.

“Now I’m going to have some rest before I think about the rest of the season.”

Bachinger will now play Gilles Simon in the final after the Frenchman overcame Moldovan Radu Albot 6-3, 6-1.