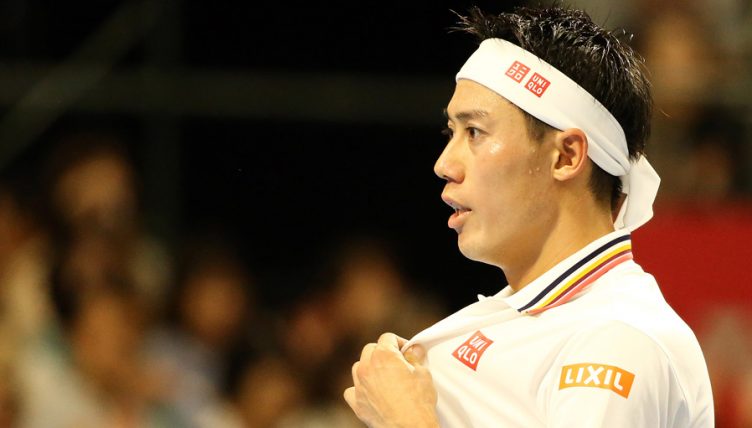 Kei Nishikori is in the semi-finals of the Japan Open after downing Greek up-and-comer Stefanos Tsitsipas.

The home favourite was in dominant mood against Tsitsipas, powering to a 6-3 6-3 win.

“I think it was one of the best service matches I’ve had the past couple of months,” Nishikori said.

“I’m very happy with my serve. I had many free points, many aces and only a few games I struggled today, so I was serving really well.

“That’s why I was able to be aggressive on my return games.”

Nishikori will face Richard Gasquet next, after he continued his impressive renaissance by beating Kevin Anderson 7-6 7-6.

“It was a great match, I played well. It was really intense, every single point. I played my best level.

“You need to play very good when you are facing Kevin.

“I played two incredible tiebreaks, that’s why I think I won the match. I’m very happy with the way I played.

“I’m playing well, I’m free of injuries. I can play well, I can practice, that’s why I’m playing this level.

“That’s great for me. Of course I’m serving well.

“I’m not making bad mistakes and I was offensive at the end of the match to close it.”