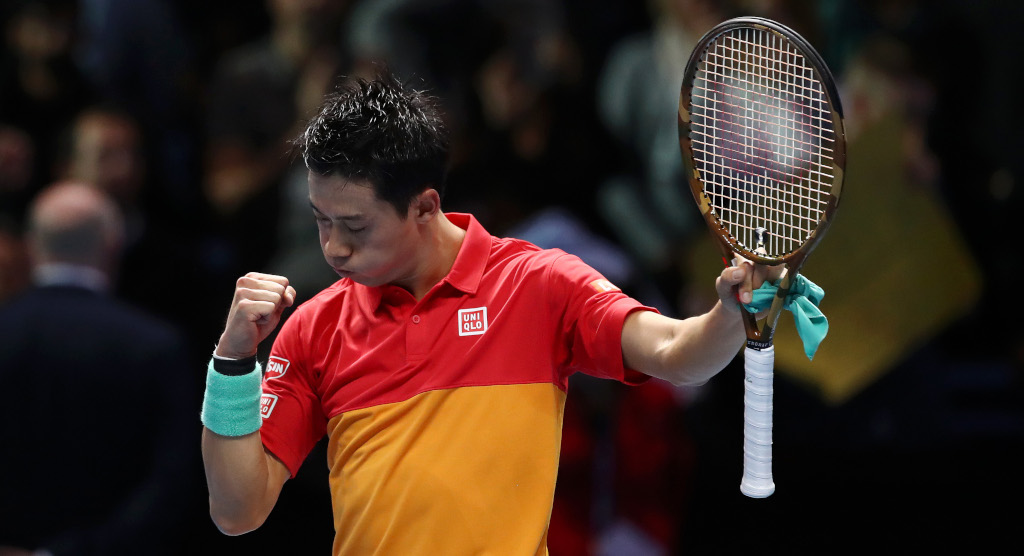 World No 9 Kei Nishikori kicked off his 2018 ATP Finals campaign with a win two-set win over an erratic Roger Federer on Sunday.

Federer, looking to win his seventh season-ending trophy, started the match as the favourite, but he suffered his first straight sets defeat in round-robin play at the event.

After no breaks of serve in the first set, the Japanese player had the early upper hand in the tie-break with two mini breaks.

The second set started with Federer breaking in game one, but Nishikori was back on level terms in the next game and then claimed the decisive break in game six.

Federer made 34 unforced errors and hit only 19 winners compared to Nishikori’s 22 errors and six winners.

“It was good that I took the first set tie-break and converted the few chances I had in the second set,” Nishikori said.

“I don’t think of him as an unbeatable opponent. He wasn’t in his best form and it was a match I had to win. It means a lot to have won the way I did.”