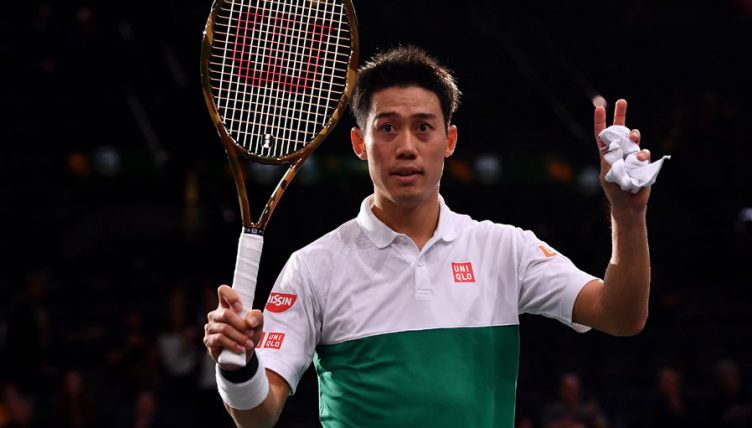 Top seed Kei Nishikori’s Dubai Duty Free Tennis Championship debut match went according to plan as he brushed aside Benoit Paire in the opening round.

Having opted to swap North America for the Middle East this year, Nishikori will have enjoyed his first match in Dubai as he secured a confident 6-4, 6-3 win over his French rival.

One break in the first set and two in the second were enough to set up a second-round clash against Huburt Hurkacz, who beat French qualifier Corentin Moutet 6-3, 7-5.

“The key to the first set was the (eight-minute) long (third) game in the first set. After I got that one, I was more confident – but if he broke back, anything can happen. It was a good match, it’s never easy with this wind. I think I played good enough tennis today.”

Third seed Marin Cilic was beaten by the in-form Gael Monfils with the Frenchman winning 6-3, 3-6, 6-0.

Monfils, who won the Rotterdam Open a fortnight ago, will take on Marcos Baghdatis for a place in the quarter-final.

Eighth seed Daniil Medvedev also fell at the first hurdle as the Russian suffered a 6-3, 6-3 defeat at the hands of Lithuanian qualifier Ricardas Beranki.

Another seed bites the dust 😳

Medvedev (8) is the third seed to say “goodbye Dubai” in the first round, downed by qualifier @berankisr 6-3 6-3.#DDFTennis pic.twitter.com/KuBs8cS2bp