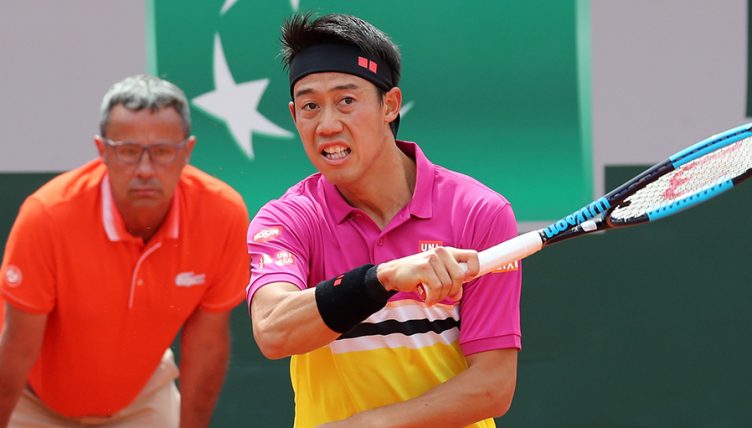 Kei Nishikori’s season is over after it was confirmed he will undergo elbow surgery in a bid to be ready for the start of 2020.

The Japanese star has had a difficult year o the court, and recently announced he was splitting from his long-term coach in an attempt to get ‘a new voice’ in practice.

He hasn’t played since losing in the third round of the US Open last month, but was expected to play the Paris Masters and represent Japan at the redesigned Davis Cup in November.

That, though, won’t he happening, with Nishikori’s manager Olivier van Lindonk confirming to the press he will have a “small procedure removing two small bone spurs” in the elbow.

Nishikori has struggled with elbow injuries before, and has pulled out of five tournaments with complaints relating to the injury that apparently flared up at the French Open in May.

So sad to miss this! Will be supporting the guys! #GoJapan! And I will be there next year for sure! 🇯🇵🇯🇵🇯🇵🇯🇵 https://t.co/2f6nRE2D2b

“He has tried to heal this with rest,” van Lindonk added “But time has proven that rest & rehab was not enough.”