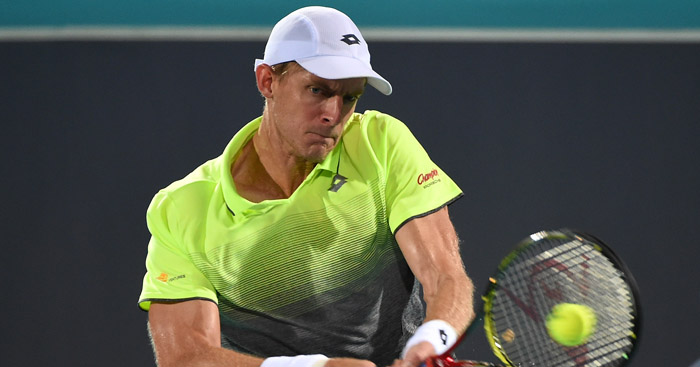 Kevin Anderson insists he is confident of winning a title on clay after returning from injury to play at Estoril.

The South African only has four ATP career titles to his name, all of them on hard courts, but did reach the final of Casablanca in 2013.

He says that ending that dry spell on clay is a real priority for him at the moment.

“I took some time off after Miami,” he said. “I had some small aches and pains to deal with. But my body is feeling fine now, and I have high expectations.

“I’ve never won a title on clay – that would be a top goal for me.”

Anderson lost in the final of the US Open to Rafael Nadal last year, and he knows he’ll likely have to go through Nadal again if he’s to win a major honour on clay. He believes it can be done, though.

“Memories and experience from New York are a nice feeling, something you dream about,” he said.

“I’ve got the confidence that I’m able to perform in the Grand Slams. But each week is a different experience.

“It doesn’t matter what happened in the past, it’s who can play better on the day. Making the final was valuable, but you still have to bring your best tennis.”