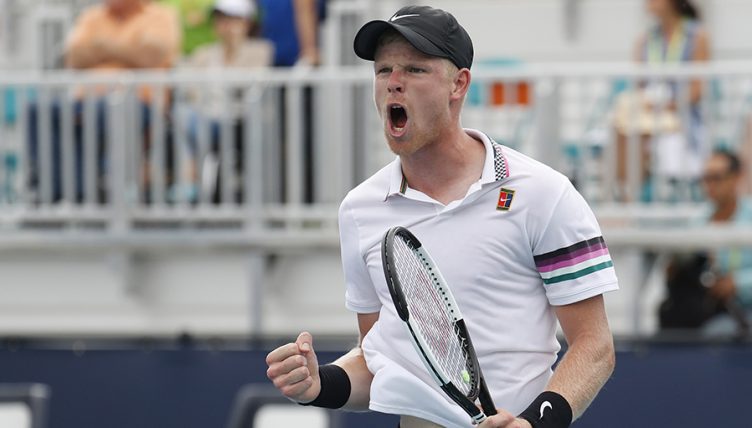 Edmund lost 7-6, 7-6 to the American, but was unhappy at what he believed to be interference from the crowd at Miami Gardens.

When serving at 3-5 down in the second set tiebreak, there was a shout of “out” from the crowd following a return from Isner.

“It is the public,” explained Bernardes, “you cannot stop like this, it is the person from the crowd.”

Edmund replied: “I didn’t stop”, adding: “You have no control … they keep shouting at every point … unbelievable.”

After the match, though, Edmund insisted the key moment was actually in the first set tiebreak, when he failed to convert after being 5-2 up.

“That was a huge moment, that’s frustrating and really disappointing because I had worked so hard to break back and get myself in that position.

“It was a very tight match, but that’s it when you play him, it’s very small margins.

“That was my eleventh match this month, so to have eleven matches from where I was in Australia is a good thing.

“I’m feeling strong and it will be nice to keep it going onto the clay, which I’m looking forward to.”