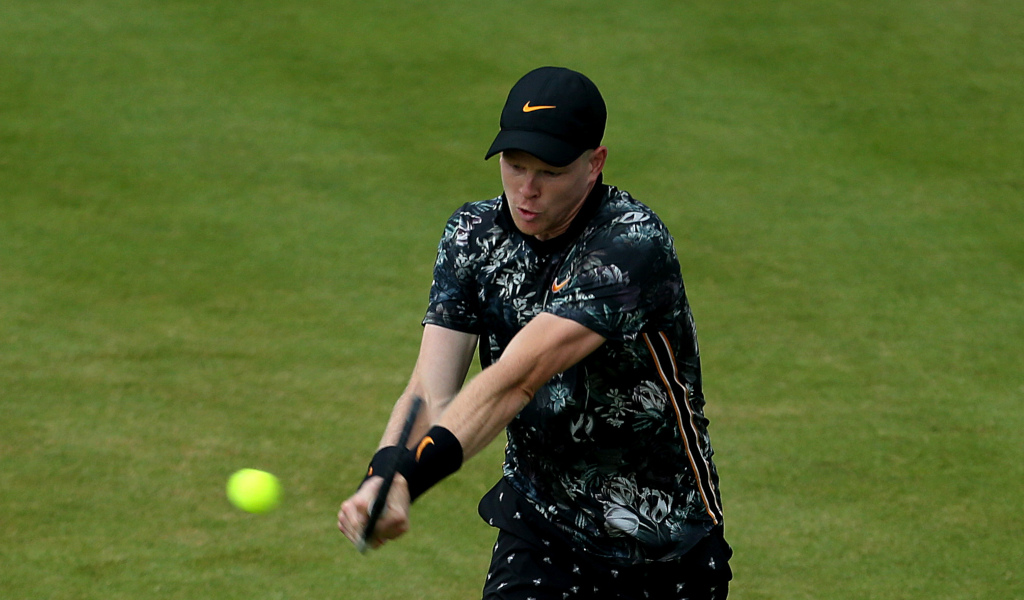 Kyle Edmund is preparing himself for round two of his battle against fellow Brits as he will face Dan Evans in the quarter-final of the Eastbourne International.

British No 1 Edmund had no problems beating Norrie on Wednesday as he eased to a 6-2, 6-2 victory.

Evans, meanwhile, had to put in a little more effort to get the better of France’s Pierre-Hugues Herbert, winning 6-3 7-5.

Edmund has struggled for form in recent weeks as he lost in the second round of the French Open and his opener at Queen’s Club last week, but he is confident he has turned the corner.

“I have moved on (physically, from the French Open). I’m feeling a lot better and happier with myself,” he said.

“I was better at Queen’s and I feel better this week. It’s good that I can sort of transition what I have been doing in practice onto the match court.

“I have not played a lot of matches, in terms of winning a lot of matches. The more I can get, the more momentum I can pick up, is just great for me and building on my game.

“Every time I play a match and come through it in a positive way, I like that. So it’s sort of another opportunity (on Thursday). But it will be a tricky match with Dan. It always is, and on grass, it’s probably his best surface.”

Evans is excited about facing his fellow Brit for a place in the semi-final.

“It’s great. It’s good to see so many Brits in the main draw here, singles and doubles,” he said.

“Hopefully we will have a good match. I did a good job and I’m happy with my performance. I felt better. It’s good. I feel good. I’m happy with how the day went.”

Top seed Guido Pella was a second-round casualty as he was beaten 6-4, 3-6, 6-4 by American Taylor Fritz, who will face Hubert Hurkacz from Poland for a place in the semi-final.