Kyle Edmund’s maiden win, how does it compare to five of Britain’s best? 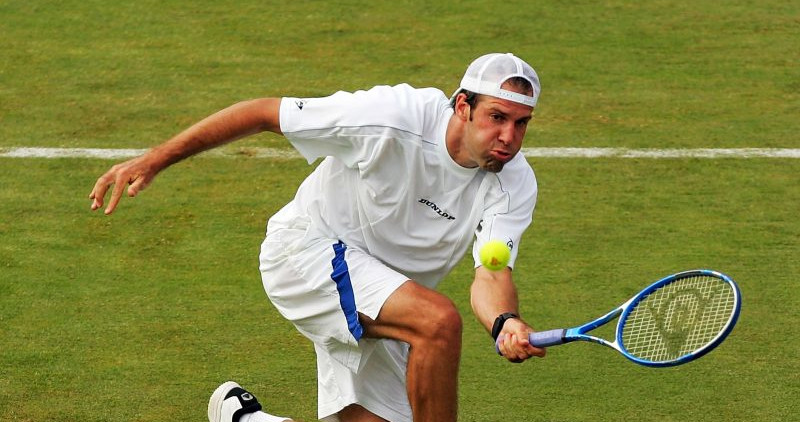 For any tennis player, your maiden ATP Tour title will be one of the most celebrated and joyous occasions in your career, giving your profile a new pedestal to stand upon, but how does Kyle Edmund’s compare to five other British players’ first trophy wins?

It’s something all the greats go through, Roger Federer in Miami, Boris Becker at Queen’s or even Rafael Nadal in Poland, it’s the launchpad every player needs.

Edmund recently enjoyed said honour, with a win over Gael Monfils in the European Open – opening a new chapter in the career of the 23-year-old British star.

Here at Tennis365, we want to share five more maiden victories for our British favourites, past and present.

1. Andy Murray (San Jose Open winner, 2006)
Britain’s golden boy in the modern era, the Scotsman has enjoyed an illustrious career, winning over 45 titles and three majors. He also helped guide Britain to their first Davis Cup victory in 79 years, back in 2015.

His 2012 US Open win over Novak Djokovic ended a 35-year wait for a British Grand Slam win, and his Wimbledon victory the following year was the first for a British man since Fred Perry in 1936.

Murray’s legacy will be remembered for reigniting that winning spark back into British tennis, breaking records, ending droughts – and it all started with a win in 2006 over Lleyton Hewitt.

The Scotsman kick-started his career with a fightback against the Australian in the San Jose Open in 2006. Having lost the first set 6-2, the future Sports Personality of the Year winner would overturn the deficit to record his first of many ATP Tour titles, claiming the next two sets 6-1 and 7-6. 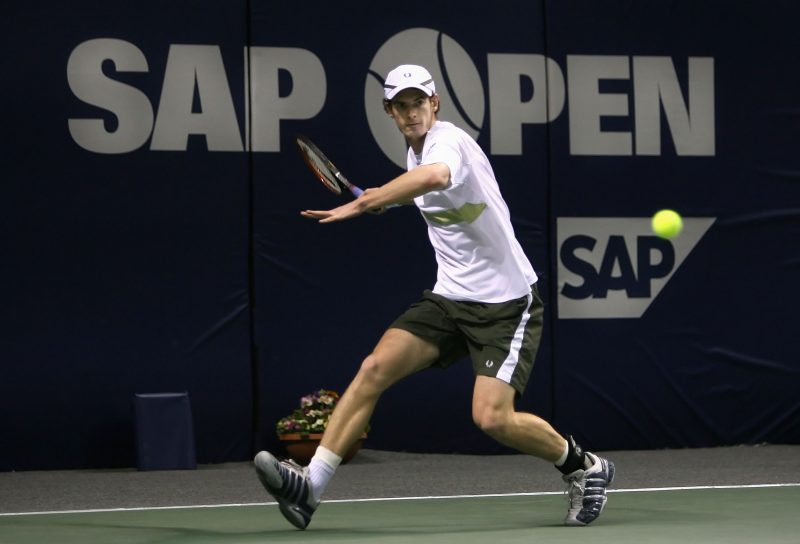 2. Sue Barker (Surrey Championships winner, 1974)
The face of tennis coverage for the BBC, Sue Barker earned her spot among British folklore for her courageous French Open victory over the Czechoslovakian Renata Tomanova in 1976.

Her success in Paris was almost replicated the following year, and after successive semi-final appearances at the Australian Open and Wimbledon, Barker would find herself at a career high as the world number three in 1977.

Barker’s unexpected defeat in the semi-final of Wimbledon to Dutch star Betty Stove denied her an all-British final against fellow great Virginia Wade, who was the eventual winner.

The England native recorded her first of 15 WTA Tour titles in 1974, and it came in the now defunct Surrey Championships, where she defeated fellow Brit Sue Mappin in straight sets.

Her 1974 maiden win at the age of 18 looked to be the making of Britain’s next top star and while her honours don’t seem to match up, her impact upon the sport for women is undeniable. 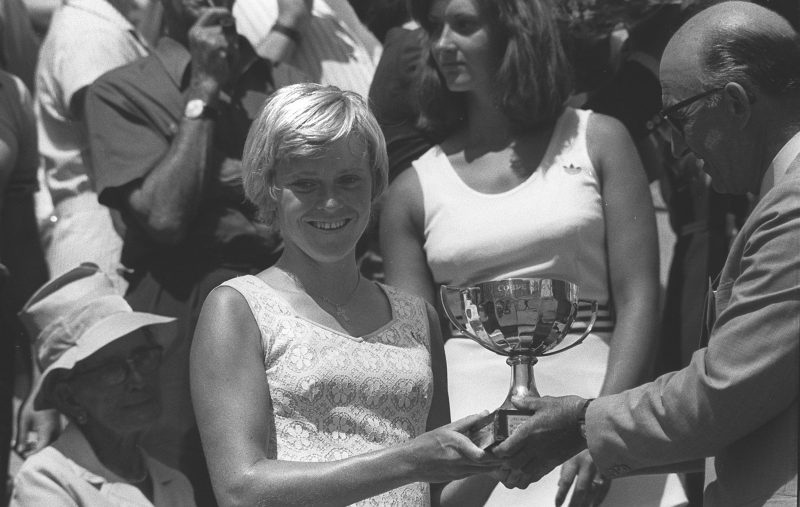 3. Tim Henman (Sydney International winner, 1997)
The impact of Murray on British tennis is much talked about, but the foundation for his success lies with Henman himself.

More than just the face of Persil, Henman was one of Britain’s first real hopes of a Grand Slam win since the heroics of Wade in 1977. Considered to be one of the greatest players never to win a major, the Oxfordshire hero made it to six career semi-finals, including four at Wimbledon between 1998-2002.

What Henman did give British tennis was that much-needed rejuvenation in faith. Tennis had been on the decline for years at the time, but he got the UK believing once more.

Henman was the first British male to reach the Wimbledon semi-finals since Roger Taylor in the 1970s.

His appearances at Wimbledon were widely supported in England, even much so that the now famous Henman Hill was named. The support epitomised his popularity and showed the extent of the huge crowds the player would attract during the peak of his career.

Henman’s first major breakthrough came in January 1997, where he beat Carlos Moya in Australia to win the Sydney International. 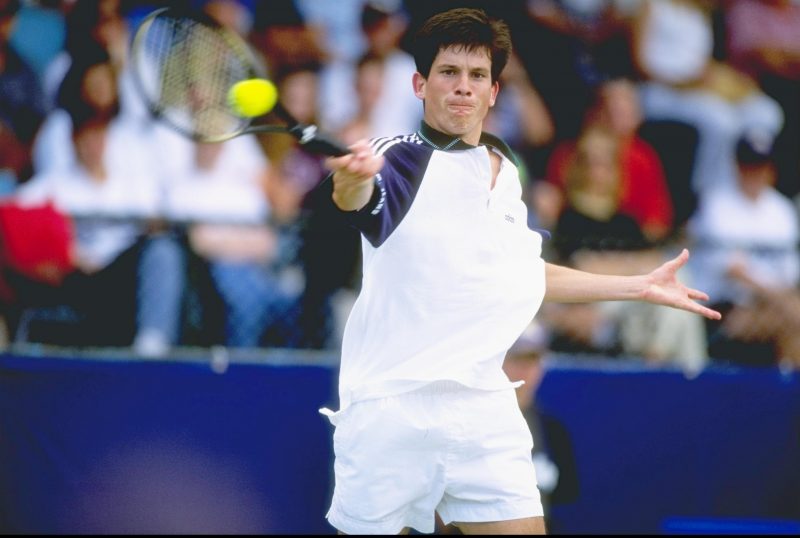 4. Johanna Konta (Silicon Valley Classic winner, 2016)
The second active star on our list, Jo Konta has become Britain’s newest hope in female tennis across the UK. Her semi-final appearances at the Aussie Open in 2016 and then Wimbledon last year have made her a firm favourite among Brits.

Adopted from her native homeland of Australia, Konta pledged her allegiance to Britain in 2012 and has since become a beacon of hope, representing British tennis on a global scale.

Her number four world ranking in January 2017 has since been the peak of her career, but at 27, her best years remain ahead of her.

2017 was an exciting year for Konta, and her Wimbledon run came on the back of victories over Agnieszka Radwanska in the Sydney Open and Caroline Wozniacki in Miami.

Her maiden WTA Tour title, however, came in 2016 in America, as she beat the legendary Venus Williams in the Silicon Valley Classic. 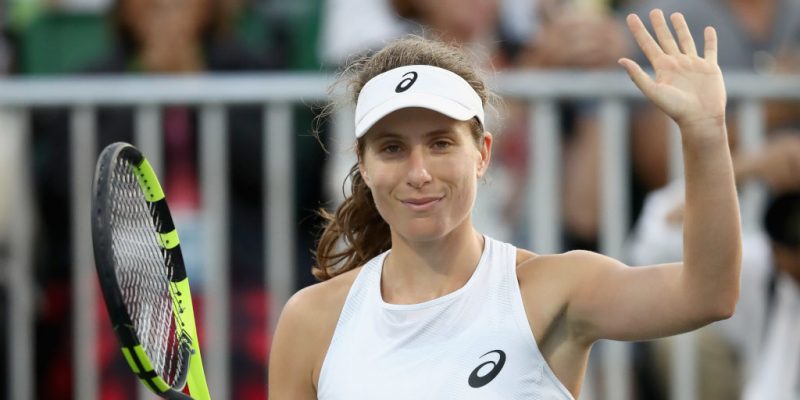 5. Greg Rusedski (China Open winner, 1996)
We spoke about the importance of Henman on British tennis and his run of success that sparked a mass following once again in UK tennis, but Rusedski came even closer than Henman to ending the barren run without a major.

Rusedski only managed to get past the quarter-final stages of a major once. In 1997 he almost went all the way, but was stopped by Patrick Rafter at the final stage.

Having controversially switched his allegiance from his native Canada in 1995, Rusedski went on to win two Champ Series titles, the last ever Grand Slam Cup and the Indianapolis Tennis Championships.

For the Montreal-born left-hander, it all started in 1993 at the Hall of Fame Tennis Championships in Rhode Island, a tournament he would later win back-to-back in 2004 and 2005.

Rusedski’s first Tour title as a Brit was the China Open in 1996. 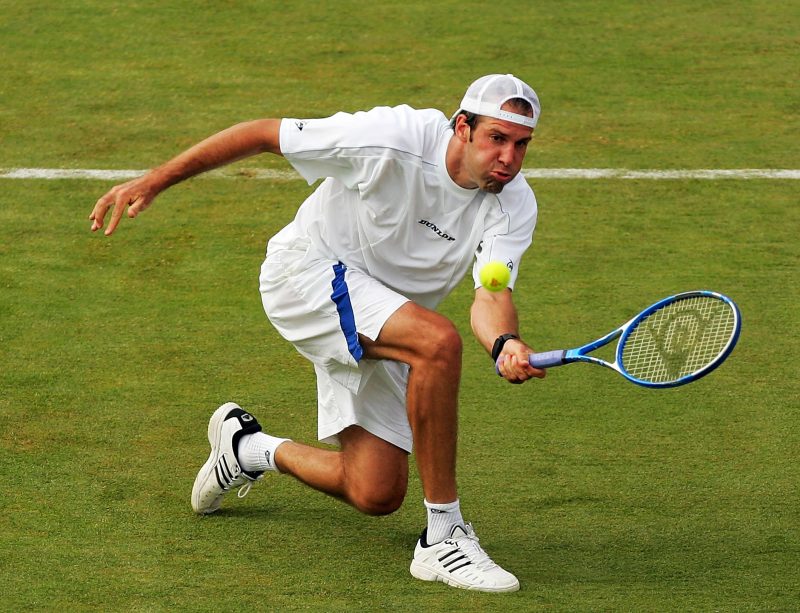