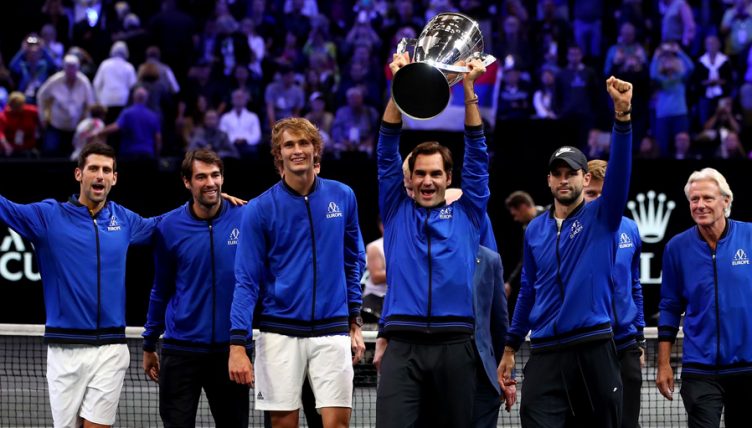 Team Europe have retained the Laver Cup despite suffering a few scares on the final day of the competition.

Alexander Zverev beat Kevin Anderson in a third set tie-break to push Europe over the line, despite a strong late surge by Team World.

Europe went into the final day with a 7-5 lead, but that was quickly eroded by John Isner and Jack Sock, who saved match point before defeating Roger Federer and Zverev to hand Team World thelead for the first time.

However, Federer made amends immediately, beating Isner 6-7 7-6 10-7 in a singles match to leave Europe on the brink.

Vintage @rogerfederer at such a critical moment 💯

That meant they needed to win just one of the remaining two matches, which Zverev quickly delivered.

“It was such a close match all around… not just this one, the whole weekend.

“A few points here or there could have changed the whole thing.”

Team World captain John McEnroe said: “This team, I am so proud of these guys, it is awesome to be a captain for Team World.

“We have got great camaraderie and dammit, we’re going to win this one next year.”