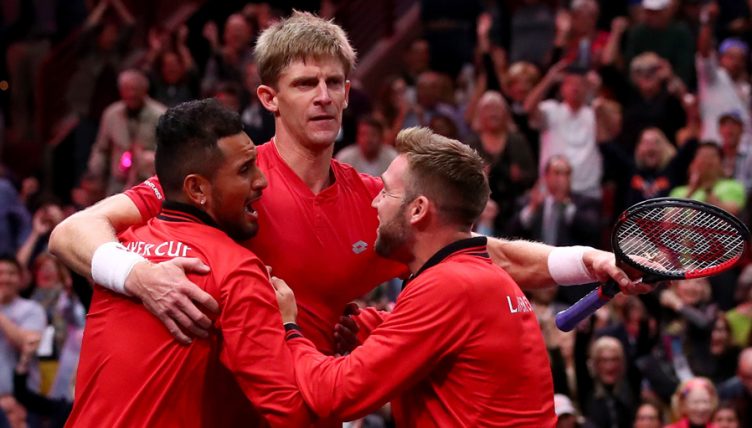 The South African suffered a heartbreaking straight sets loss to Djokovic at SW19, but now has two wins over the Serbian in two days after his doubles success over him and Roger Federer on the opening night of the competition.

It was a much-needed win for Team World, who looked close to the point of no return doing into the day’s evening session.

‘He got me good!’: Roger Federer reacts to Novak Djokovic hitting him with ballhttps://t.co/6MUIdccjn5

However, the evening session belonged to Team World with Anderson’s 7-6 5-7 6-10 win over Djokovic followed by Kyrgios and Sock beating Grigor Dimitrov and David Goffin 6-3 6-4 in the doubles.

It all promises a fascinating final day, where each win is worth three points, with the score poised delicately at 7-5 in Team Europe’s favour.