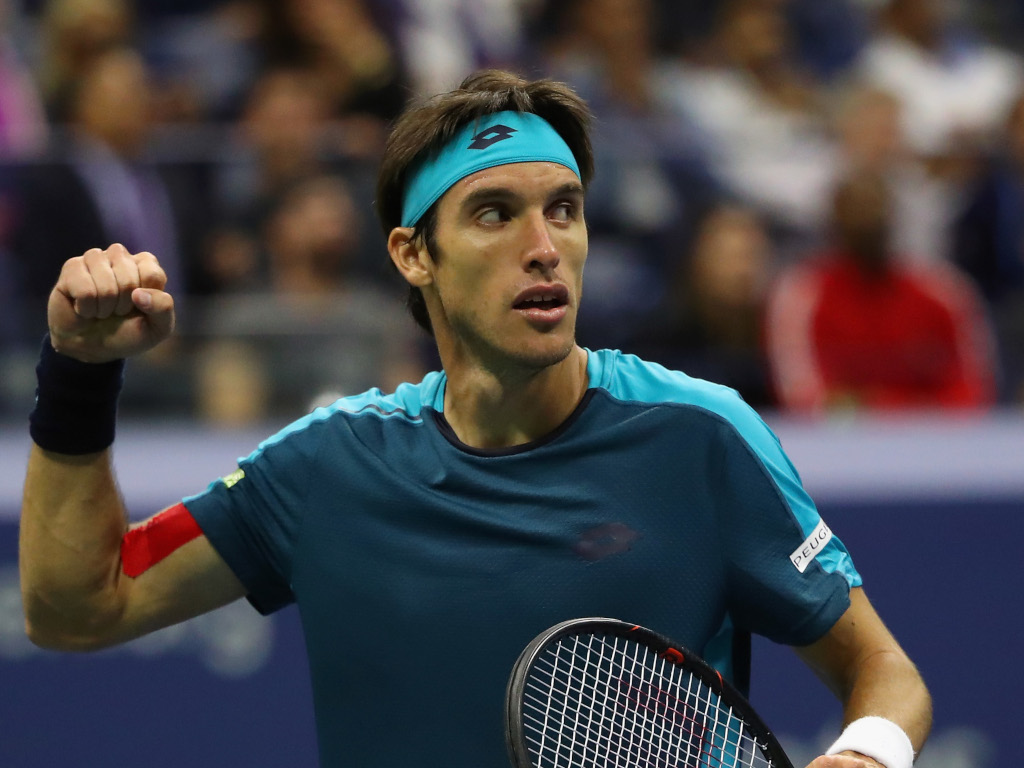 Leonardo Mayer beat Yuichi Sugita in straight sets to set up a second-round encounter against Kyle Edmund at the Winston-Salem Open.

Mayer will face third seed Edmund, who had a bye in his opener, in the second round.

Sixth seed Hyeon Chung and Guillermo Garcia Lopez will have to return on Tuesday to finish their first-round match as play was called off with the score 6-6 in the first set.

Meanwhile, fourth seed Marco Cecchinato was the biggest casualty in the final US Open tune-up event as the Italian suffered a 6-3, 6-4 defeat at the hands of Jan-Leonard Struff.

German Struff will face Nicolas Jarry in the second round after the Chilean defeated Andreas Seppi 6-4, 6-3.

American Tennys Sandgren set up a clash with 2017 runner-up Damir Dzumhur as he claimed a 6-4, 6-3 victory over Ricardas Berankis.

Other players who advanced on Monday were Taro Daniel, Jaume Munar, Taylor Fritz and Ryan Harrison.