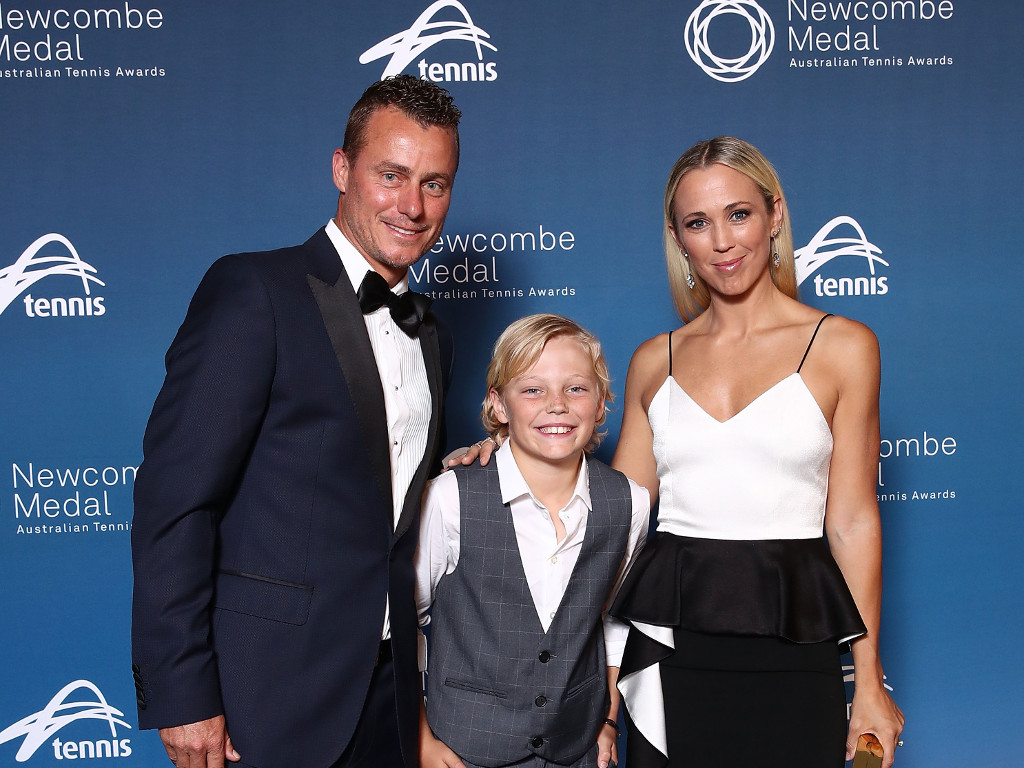 The feud between Lleyton Hewitt and Bernard Tomic is rumbling on with the Davis Cup captain accusing the Aussie bad boy of threatening his family.

Following his round 1 exit from the Australian Open earlier this week, Tomic hit out at Hewitt who once again overlooked him for the Davis Cup.

Tomic told the media that “nobody liked” Hewitt with the former World No1 then calling the out-of-form player a “clown.”

However, it seems the war-of-words goes deeper than that with Hewitt now revealing that Tomic has in the past threatened his family.

He is married to wife Bec and has three children, Cruz, Mia and Ava.

“I think the threats that I have received for me and my family, that I’ve had for a year-and-a-half now, I don’t think anyone would reach out to a person that speaks like that,” he said.

Asked by AFP about the threats, he replied: “They were blackmail threats and physical.

“For me the biggest frustration is that I feel like I really went out of my way to help Bernie, especially when I first came into the role (as Davis Cup captain).

“At the end of the day he still kept making the same mistakes,

“For me, it was probably the abuse that I copped from him that in the end I drew a line in the sand, and I haven’t spoken to him since.

“It will (continue). He won’t play Davis Cup while I have anything to do with it.”

Tomic, though, has hit back, calling Hewitt a “liar” for saying those things.

“I have never threatened his family,” he told the Herald Sun. “Nice, Lleyton.

“To think how low of a person you actually are (it’s) why the Australian public never liked you.

“I got nothing to do with your family and I don’t care what’s wrong with you, you liar.”