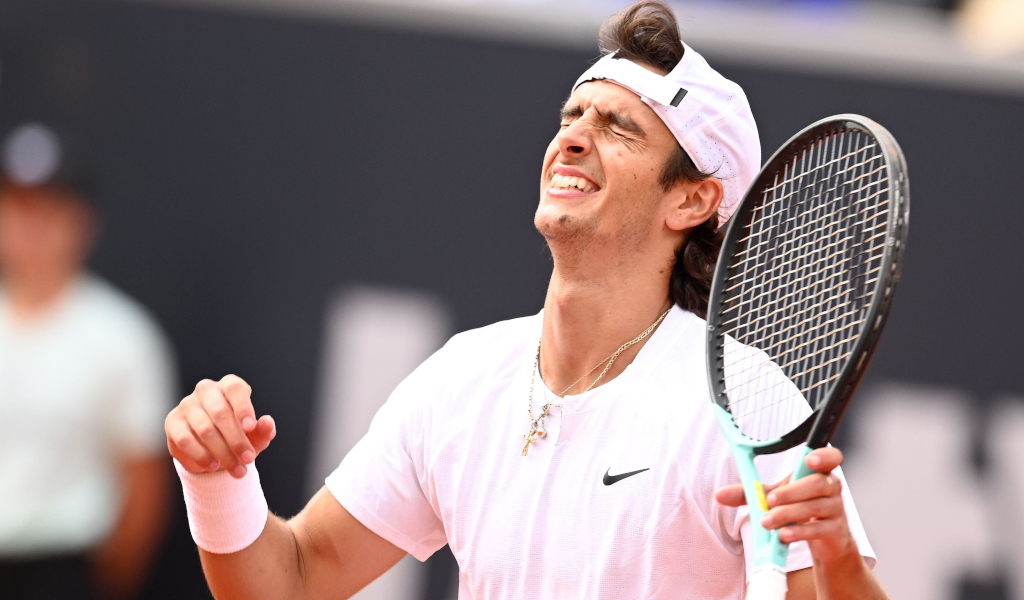 Lorenzo Musetti likes to play with fire as just over 24 hours after his underarm serve nearly cost him in the semi-final, he once again allowed several match points to come and go before he finally sealed the deal against Carlos Alcaraz in the Hamburg European Open final.

On Saturday Musetti decided to spice things up by sending down an underarm serve on match point against Francisco Cerundolo and it backfired, but he eventually got out of jail to book his place in the final.

Spanish sensation Alcaraz, though, was the heavy favourite for Sunday’s showpiece match, yet it was the Italian who came out on top with a 6-4, 6-7 (6-8), 6-4 win in two hours and 48 minutes to secure his maiden ATP Tour title.

What a match and what a moment for Lorenzo Musetti!

On his sixth championship point, the 20-year-old Italian is an ATP title winner 🏆#HamburgOpen pic.twitter.com/c3CJ9iTNE6

The match started with two breaks of serve before Musetti claimed a crucial second break on the Alcaraz serve in game seven to go one-set up.

The world No 62 carried the momentum into the second set as he again broke in the opening game and, after saving three break points in game eight, he came out to serve for the match at 5-4.

Musetti found himself 40-15 up, but Alcaraz threw everything at him and saved both match points as he went on to level the set at 5-5.

After going down an early mini-break Musetti won five points in a row to lead 6-3 and serving for the match once again, but Alcaraz again saved the match points and ended up winning the tie-breaker.

The third set went according to serve with Alcaraz saving a break point in game six, but Musetti was not to be denied as he claimed the solitary break in game 10 and won on his sixth match point.

“I have no words because it was a roller-coaster until the end. I had so many match points. Carlos was so good on the match points, [I had] so many chances,” Musetti told the crowd after his win. “But I think the key of the match was to keep calm and [have] all the patience [with] myself because it was really not easy.

“Carlos was putting so much effort in the match points when he was down, so it was not easy to find the energy to come back.

“But I cannot describe what I am feeling right now. I think I am still dreaming.”