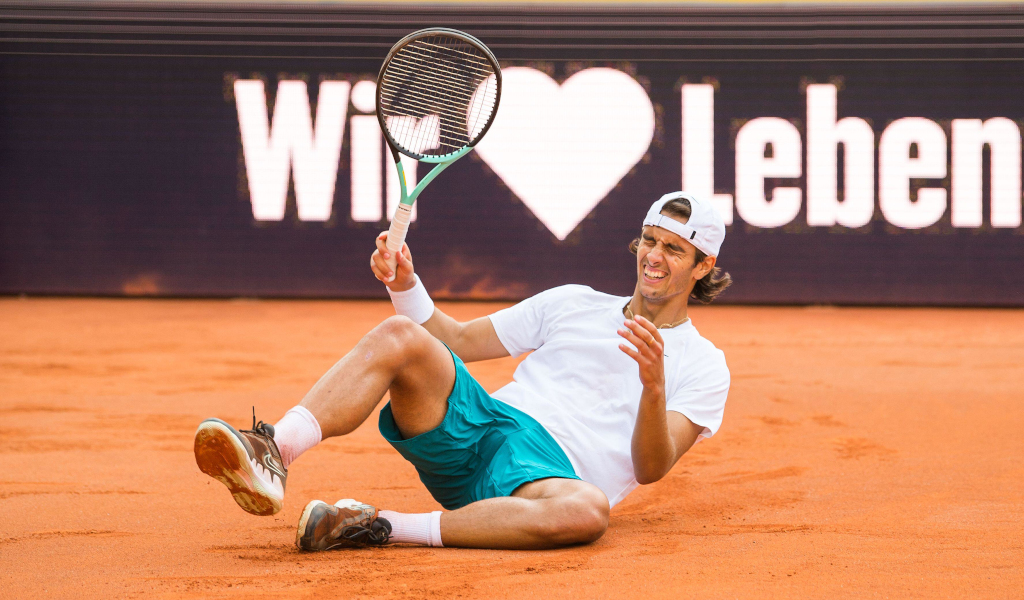 His week in Hamburg got off to a nightmare start, but Lorenzo Musetti’s luck turned around in the most dramatic fashion as he ended up being the last man standing to win his maiden ATP Tour title.

The Italian flew to the German city expecting to go through qualifying, but his bag containing his rackets were lost en route.

However, Lady Luck soon started to smile down on him as he didn’t have to play in qualifying as a late withdrawal saw him bumped up into the main draw while he managed to pick up his rackets before yet more misfortune struck the 20-year-old.

“I arrived here on Thursday from Bastad and with all the strikes, one of my luggage [bags] got lost,” he told ATPTour.com. “[It was] the one with the rackets, so I was a little bit worried about how I would play, because I was still in qualifying. Then I got in [the main draw], so I managed to pick up the rackets.

“The night before the start of the matches, I threw up all night. I had food poisoning, so I felt a little bit sick. I didn’t expect to go as far as I went, so I’m happy that my luck turned around at this tournament.”

Musetti beat Emil Ruusuvuori, Alejandro Davidovich Fokina and Francisco Cerundolo – all higher than him in the ATP Rankings – to secure a place in the final against Carlos Alcaraz.

His win over Cerundolo, in particular, had plenty of drama after he had a match point saved after opting to serve underarm, but he nevertheless made it to the final.

“For me it’s a dream. Obviously I always dreamed about winning a title and I didn’t have any chances before,” the Italian, who is up to No 62 in the rankings, said.

“I think my best result was a semi-final, so I never had the opportunity to play a final. I’m really happy with this week. I think we did an amazing job and now we will celebrate and enjoy it for the next days, but we have to focus on Umag and the rest of the year.”