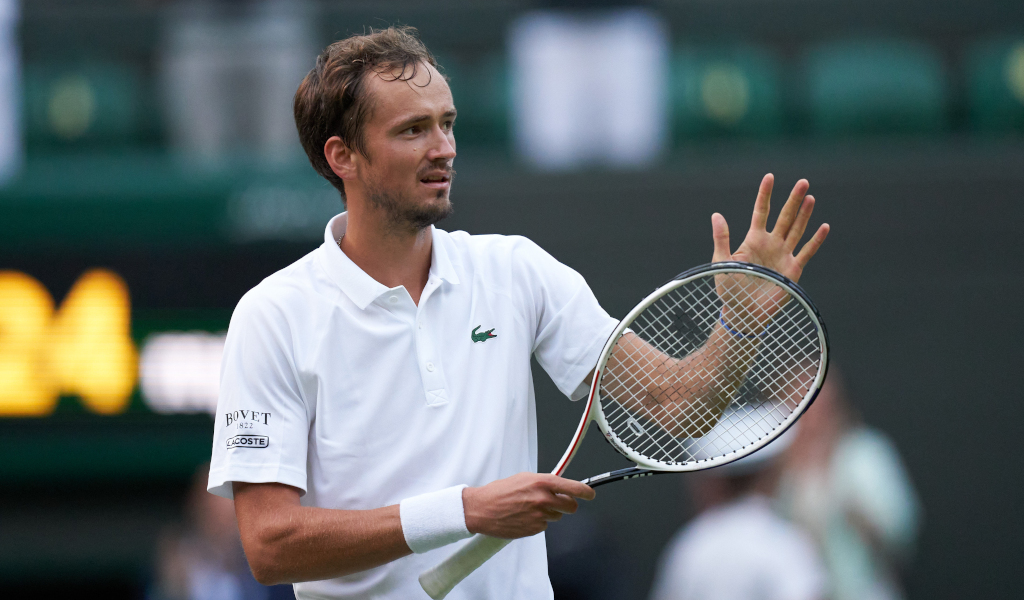 Russian and Belarusian players have been banned from the 2022 Championships Wimbledon in response to the invasion of Ukraine.

The All England Lawn Tennis Club, who run the Wimbledon Championships, claim they are acting to “limit Russia’s global influence through the strongest means possible”.

Russian men’s World No 2 Daniil Medvedev and Belarusian WTA World No 4 Aryna Sabalenka are the leading players affected by the ban.

“In the circumstances of such unjustified and unprecedented military aggression, it would be unacceptable for the Russian regime to derive any benefits from the involvement of Russian or Belarusian players,” a statement from The All England Lawn Tennis Club said on Wednesday.

“It is therefore our intention, with deep regret, to decline entries from Russian and Belarusian players to Wimbledon.”

Russia’s Andrey Rublev is currently eighth in the ATP rankings, while compatriot Karen Khachanov is in 26th place.

Russian world No 15 Anastasia Pavlyuchenkova and Victoria Azarenka of Belarus are two further top female players who will miss the grass-court Grand Slam.

The Lawn Tennis Association has also banned Russian or Belarusian players from competing in other British grass-court tournaments at Eastbourne, Queen’s Club and Birmingham.

Wimbledon, arguably the most high-profile of tennis’s four Grand Slam events, runs from 27 June to 10 July this year.

Russian and Belarusian players will still able to compete at the French Open, which starts at Roland Garros in May as things stand.

“On behalf of the All England Club and the Committee of Management of The Championships, we wish to express our ongoing support for all those impacted by the conflict in Ukraine during these shocking and distressing times,” the AELTC statement said.

“We share in the universal condemnation of Russia’s illegal actions and have carefully considered the situation in the context of our duties to the players, to our community and to the broader UK public as a British sporting institution.

“We have also taken into account guidance set out by the UK Government specifically in relation to sporting bodies and events.

“Given the profile of The Championships in the United Kingdom and around the world, it is our responsibility to play our part in the widespread efforts of Government, industry, sporting and creative institutions to limit Russia’s global influence through the strongest means possible.”