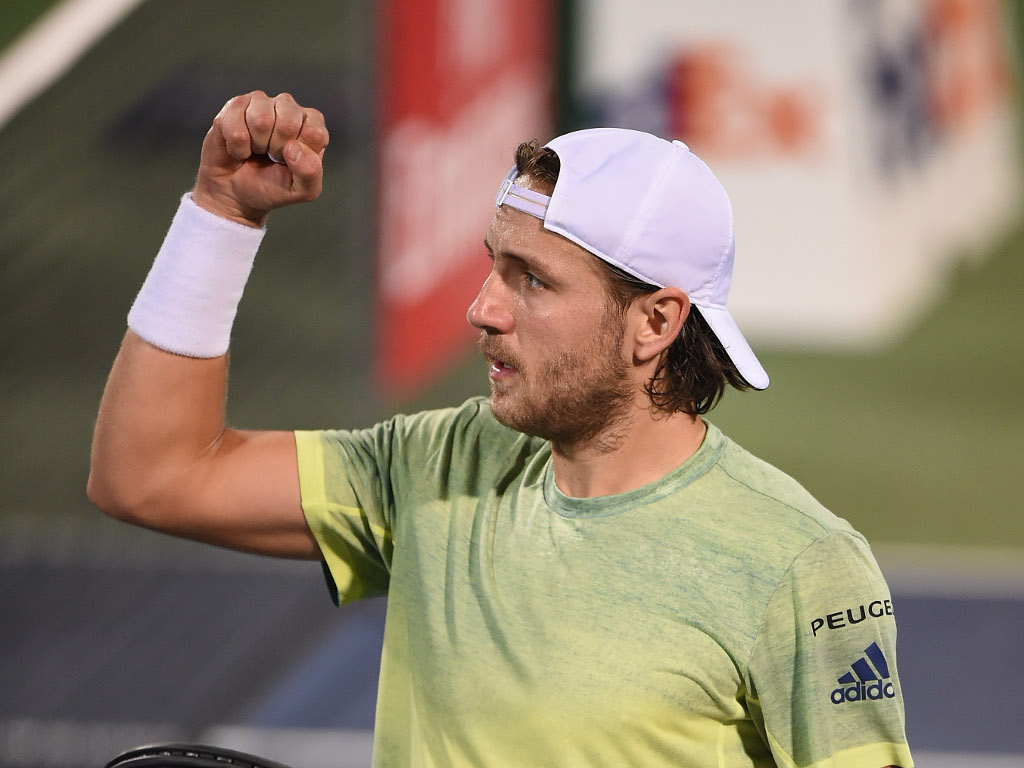 Just a few days after he lost against Karen Khachanov, Lucas Pouille managed to exact revenge as he beat the Russian at the Dubai Duty Free Tennis Championships.

Pouille lost the Open 13 final against Khachanov in straight sets on Sunday, but the roles were reversed on Wednesday as he won 6-4, 3-6, 6-3 to book his quarter-final place.

The Frenchman claimed the crucial break in the ninth game to go one set up, but the 21-year-old forced a third set after claiming a single break of serve in the second.

A break in the sixth game of the decider was enough to earn Pouille the win.

“I knew it would be a tough one,” the second seed told ATPWorldTour.com. “In the final in Marseille, he won just three points more than me. I knew it was very close. I had to play some good tennis… I’m just very happy that I got my revenge today.”

He will face Yuichi Sugita next after the Japanese player beat Jan-Lennard Struff from Germany 7-6 (7-4), 6-4 in one hour and 31 minutes.

“I had to fight so hard,” the Spaniard said. “It was tough to feel good on the court today. We had a lot of wind.”

Meanwhile, Malek Jaziri continued his great run as he followed up his upset victory over top seed Grigor Dimitrov with a 7-6 (7-4), 7-6 (7-3) win over Robin Haase.